Tech analysis: How Red Bull became the team to beat in Monaco 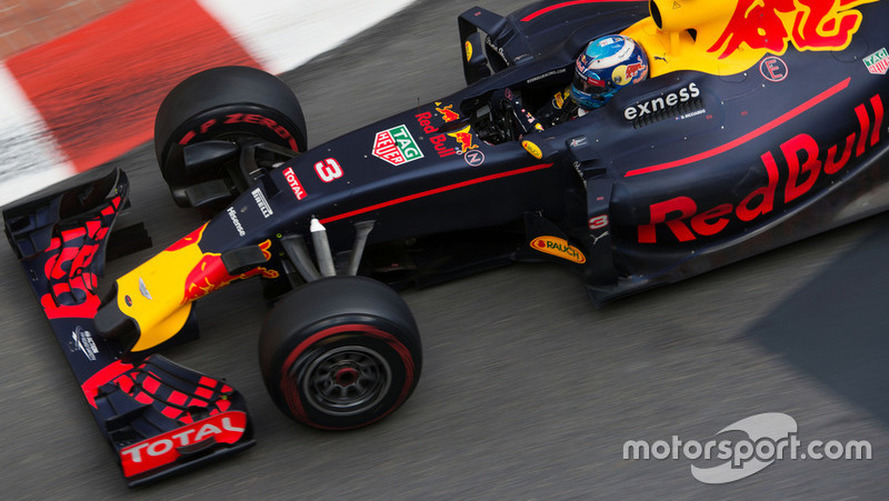 Daniel Ricciardo may have finished second in the Monaco GP, but the Australian should have been the clear winner. Giorgio Piola and Matt Somerfield look at the updates the brought Red Bull to the front.

The threat from Red Bull now appears to be real: victory in Spain, and what should have been another in Monaco without the pitlane blunder, sees the team from Milton Keynes in the ascendancy.

The championship standings may say otherwise but it would appear that Red Bull now offer the largest threat to Mercedes dominance, with Ferrari a little adrift over the last few rounds.

The promise of more performance from an updated Renault power unit, with the manufacturer having spent another three tokens, might allow the team to chase downforce rather than efficiency once more.

Red Bull's aerodynamic development programme has perhaps seen the least widespread updates we have seen from the team in a number of years, as it looked to consolidate its package before the updated Renault power unit arrived.

For Monaco, a new rear wing (above) was utilised which features several design cues we've seen the team use in the past. The strakes, used to break up and upwash the pressure on the endplates, last used in Russia (below), returned.

The smaller, wider tyre wake slot on the endplate's leading edge was utilised, whilst the slotted lower endplate design made way for the more conventional vertical strakes at the base of the endplate.

These changes were all designed to increase rear end downforce by enabling the diffuser and rear wing airflow structures to work in unison.

Ordinarily, to enable such high angles of attack and retain stability the rear wing should be supplemented with a monkey seat - however, Red Bull managed to achieve this feat without.

This is a further testament to their aerodynamic superiority, which is even more impressive considering Ricciardo's performance in wet conditions.

McLaren arrived in Monaco expecting to see its chassis make the difference on a circuit that demands downforce.

Unfortunately, the weather put pay to their gamble to switch from the higher-downforce monkey seat configuration tested during free practice (pictured below).

Instead, it ran its usual configuration monkey seat (below) allied to changes made to the rear wing endplates, with the upwash strakes and gradient slots (arrowed) geometries changed to increase downforce for the streets of the principality.

At the front of the car, the updates made in Barcelona were carried over, with both drivers utilising the new front wing, whilst the new brake duct was carried over too.

The new brake duct features a more conventional vertical fence that aligns with the sidewall of the tyre, whilst a conventional inlet provides a fresh supply of air to the blown axle, disc and caliper.

The vertical fence's change of shape will clearly have an impact on the airflow shed by the tyre, whilst the loss of its curvature opens up possibilities in terms of resizing the inlet at each GP and adding more aerodynamic control fins.