Next-gen Nissan Serena spied inside and out 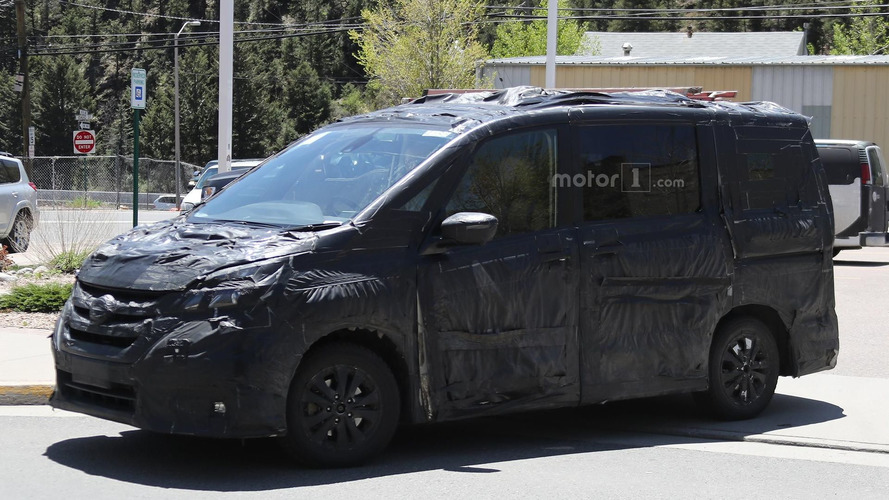 Our spies have sent us a fresh batch of images with camouflaged prototypes of the Nissan Serena.

In previous spy pics we saw prototypes of the Nissan Serena carrying just about the same type of disguise, but even so we noticed the MPV’s shape was not the same when compared to the current model. That’s why we believed that was actually a prototype of the next generation rather than a U.S. version of the current fourth-gen Serena. In today’s batch of images we get to check out the interior which is considerably different, so now we have more evidence we are dealing with the fifth-generation Serena.

Taking into account these prototypes were once again spotted in United States, chances are Nissan USA has plans to sell the boxy MPV, but obviously with a left-hand-drive layout. While the garbage bag-like disguise hides the Serena’s design, we can still notice the redesigned front grille, new front and rear lighting clusters, and an overall fridge-like shape to enable a very spacious interior as you would expect from a people carrier.

Speaking of the cabin, it appears to be significantly more upscale than today’s model, with leather on the lower half of the dashboard while the digital display appears to be more expansive. The central air vents are now vertical and have been repositioned from the upper area of the infotainment display to its sides.

There’s some provisional testing equipment affixed to the touchscreen which has a very thick glossy frame that will be a fingerprint and dust magnet. The flat-bottomed steering wheel is also covered in leather and it actually looks quite sporty for an MPV, but we’re not big fans of all those buttons crammed into such a small area.

It remains to be seen when Nissan will introduce the next Serena, but it could happen later this year since the prototypes seen here seem to carry most of the production bits.