This Tesla Model S might have the next Autopilot evolution 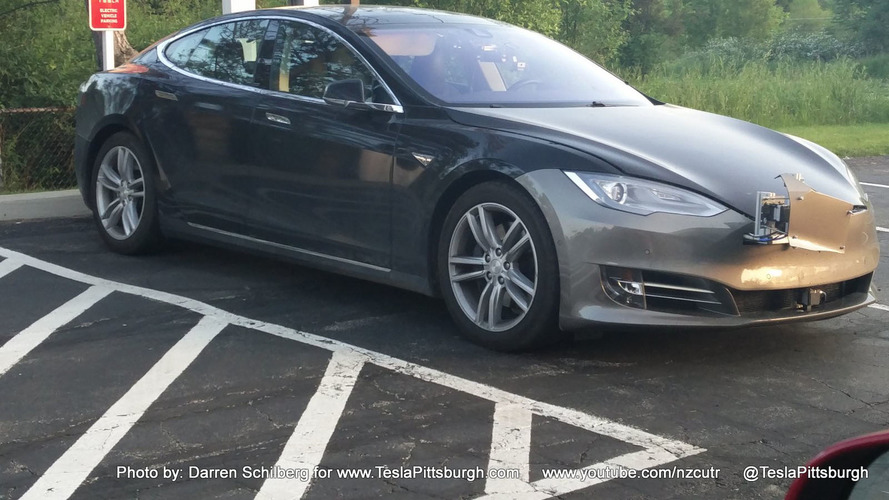 This vehicle seems to have a mix of old and new equipment.

The person who runs the site Tesla Pittsburgh recently found quite a bizarre Model S test mule at a Supercharger station near the city. The vehicle sports a bevy of extra sensors and cameras that definitely don’t come on the stock sedan. This strange sedan could be an early sign of the company developing the next evolution of its Autopilot semi-autonomous driving tech.

According to InsideEVs, this Model S has a mix of sensors and body parts from the original model, the recently refreshed version, and some completely new components. For example, the most obvious addition is the bracket holding a large sensor at the top of the front bumper on the passenger side. A piece of plastic covers it. A similar part is mounted in the center of the fascia. There’s also an array of extra cameras visible through the windshield.

Tesla’s Autopilot boss recently revealed the company can evaluate software updates in the background on practically every Model S and Model X on the road. That suggests a test vehicle like this one would be necessary to work on different hardware, not new code. It’s possible this overlapping sensor setup could allow Tesla to directly compare the new equipment against the previous version on a single vehicle, according to InsideEVs.

We know that Tesla is continuing to develop Autopilot into a fully autonomous driving system, and the company naturally needs to test those innovations somewhere. It seems somewhat odd the company would do that around Pittsburgh rather than closer the California headquarters. However, the plethora of extra equipment on this Model S suggests someone is evaluating new technology for the popular EV.