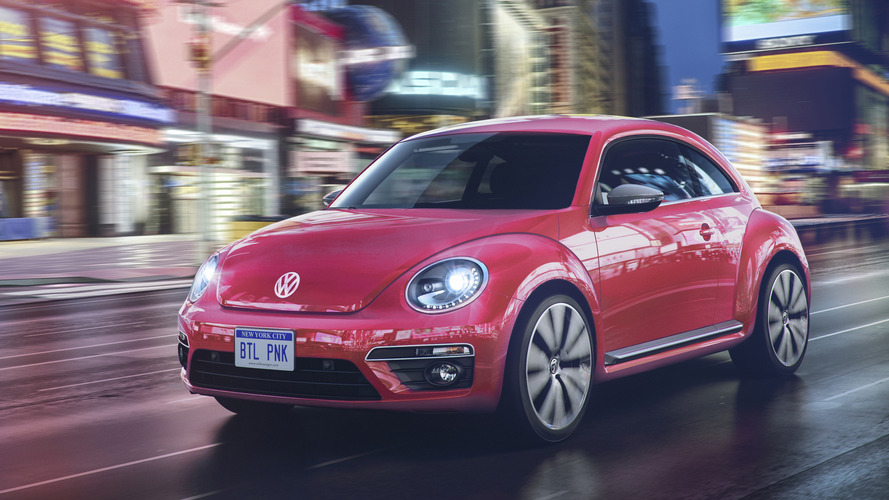 Pink paint and a hashtag for a name.

Volkswagen has had great success offering limited-edition versions of its Beetle over the past decade to help juice sales of the small hatchback and convertible. The latest iteration is aimed squarely at smartphone-addicted Millennials, and is claimed to be the first -- and, we hope, the last -- car with a hashtag for a name.

There’s much more pink flair for the inside of the #Pinkbeetle, starting with pink trim for the dashboard, upper door panels, and door handles. The cloth seats take the iconic plaid trim of the Golf GTI and refinish them in pink, much to the chagrin of GTI owners everywhere. Other standard features include Volkswagen’s MIB II 6.3-inch infotainment screen, a backup camera, satellite radio, push-button start, and heated front seats.

All 2017 Volkswagen Beetle #Pinkbeetle models come with a 170-horsepower 1.8-liter turbocharged inline-four engine and a six-speed automatic transmission, though buyers can pick between a hatchback or the convertible.

Volkswagen optimistically says the limited-run Beetle “is poised to become an immediate automotive trending topic.” Pricing for the #Pinkbeetle will be announced closer to the car’s launch this fall. 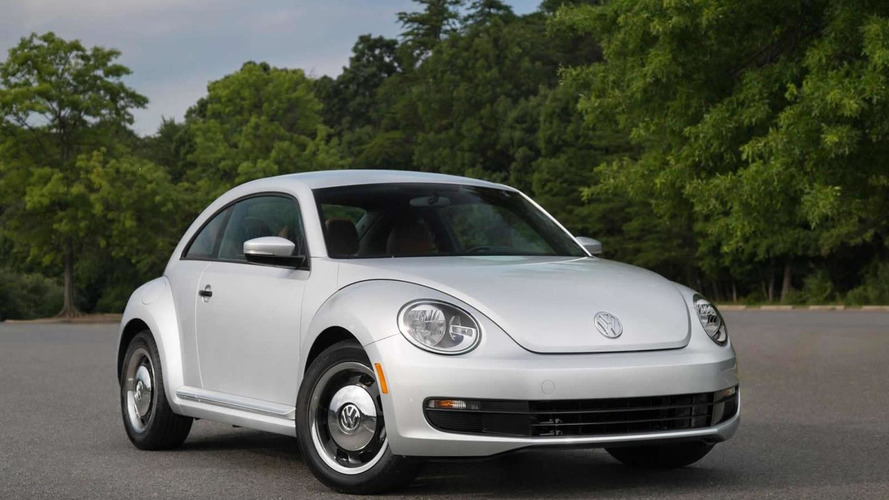 Volkswagen of America Inc. announced today that the #PinkBeetle will go into production as a 2017 model, having been shown as a concept at the 2015 New York Auto Show. The first vehicle ever to officially be named as its own hashtag, the exclusive run of #PinkBeetle models will be available in coupe and convertible configurations and will go on sale in the Fall. Pricing of this value-oriented limited-edition model will be announced closer to launch.

The 2017 #PinkBeetle will be offered in limited quantities across the United States. With a 1.8-liter turbocharged direct-injection TSI® engine and a six-speed automatic transmission, #PinkBeetle produces 170 horsepower and 184 pound-feet of torque, and is poised to become an immediate automotive trending topic.

The #PinkBeetle is fitted with Volkswagen’s Composition Media infotainment system that has a 6.3-inch screen with a capacitive touch sensor (similar to smartphone and tablet technology) to enable gesture controls like swiping and pinch-zooming. MIB II also features a proximity sensor, which detects when a hand is nearby and automatically switches its display to allow easier selection of specific features. USB and Bluetooth® connectivity for compatible devices is standard, along with a rearview camera and a 3-month trial of SiriusXM® Satellite Radio. Other standard equipment includes heatable front seats and KESSY® Keyless access with push-button start.