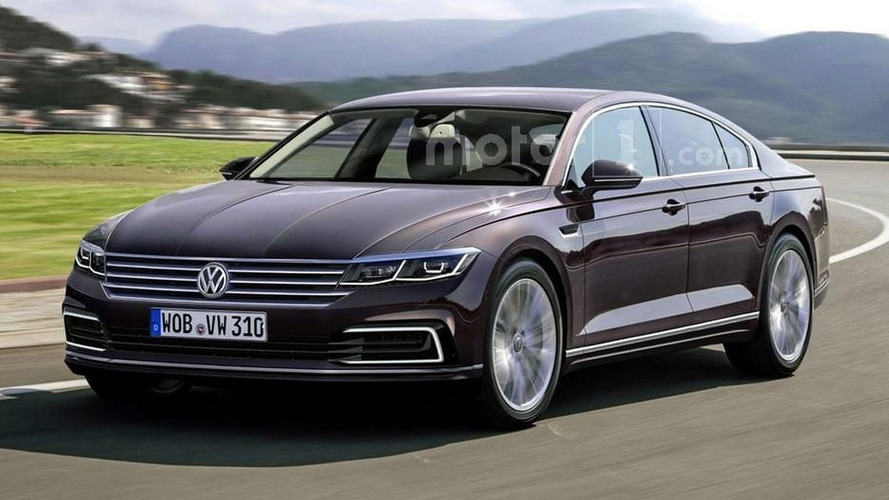 VW is analyzing the prospects of developing a second EV platform which would tailor its largest models, including a new Phaeton.

The Volkswagen Group is working on an entirely new platform called “MEB” which will suit a multitude of models in sizes from the Polo supermini to the Passat midsize. Depending on car, range will vary from 155 to 310 miles, and one of the first models to be underpinned by the MEB platform is going to be a production version of the BUDD-e concept due to arrive before the end of the decade.

Although the flexible MEB architecture will be adaptable to a wide array of models, VW ponders it might not work on anything bigger than a Passat. That’s why for a future large model such as an all-new Phaeton, a second EV platform could be necessary. VW brand head of electronics development, Volkmar Tanneberger, told Automotive News a second architecture specifically created for large electric vehicles could indeed join the already confirmed MEB.

Another VW official explained that nowadays it’s technically possible to offer the interior space of a D-segment car in a C-segment body taking into account an EV lacks a central tunnel. That means VW might not need that second platform after all if it manages to offer the interior cabin space you would expect from a fullsize sedan, but in a car that has smaller exterior proportions.

As a side note, the all-electric Audi SUV believed to be called Q6 along with the Porsche Mission E were both announced before the Volkswagen Group decided to commence R&D work on the MEB platform. This means each will ride on its own platform, with the Brussels-built Q6 due in 2018 while the production-ready Mission E (also getting another name) is set to arrive by the end of the decade.