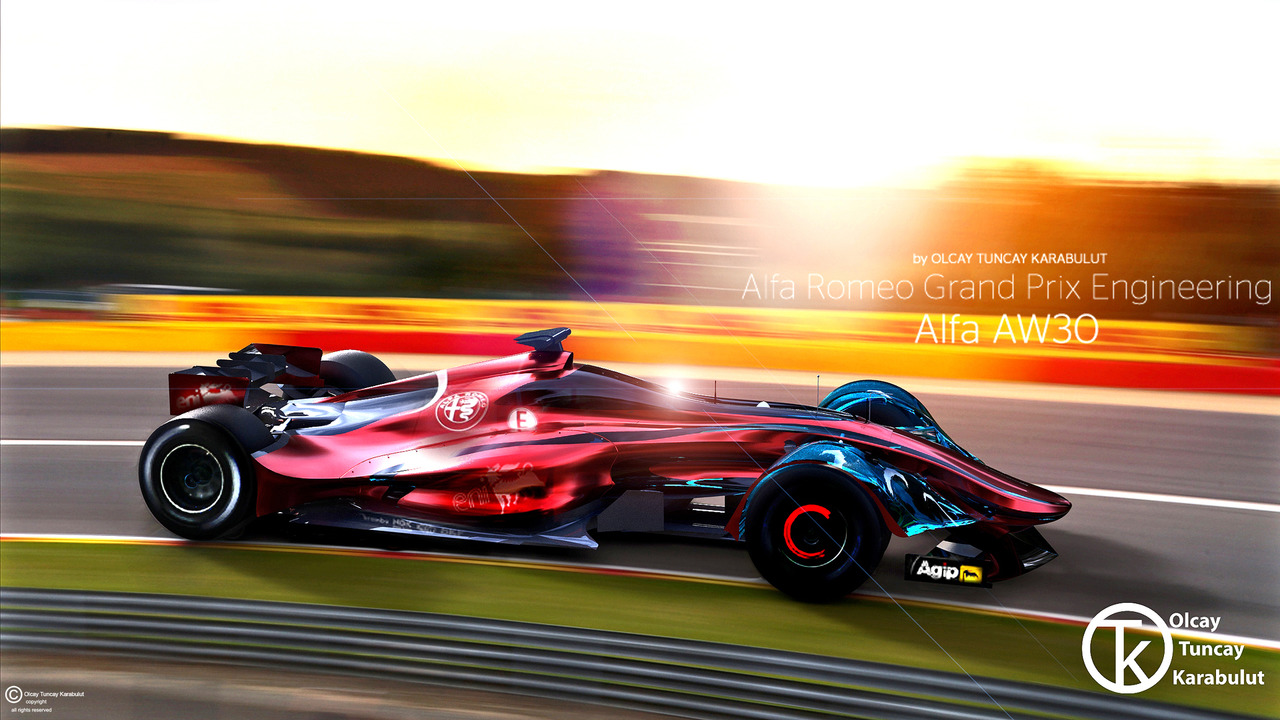 Fueled by all the talks concerning an F1 return for Alfa Romeo, a very talented designer has decided to share his vision of what he calls the “Alfa AW30.”

Created by Olcay Tuncay Karabulut, the attached renders propose a sleeker design compared to today’s Formula 1 cars and dare we say the virtual design is more appealing. The hypothetical “AW30” belonging to the “Alfa Romeo Grand Prix Engineering” team was envisioned with a closed cockpit, another subject that’s making the headlines these days in the motorsport world.

While only a design exercise, it does serve as a reminder that Formula 1 needs Alfa Romeo (and vice versa) after the Italians pulled out as a constructor at the end of the 1985 season. It could happen at some point, with Sergio Marchionne expressing his desire for a Ferrari-backed team as a way to boost Alfa’s image and consequently sell more road cars.

He sees Alfa Romeo’s F1 comeback with its own team since it's able to produce the engine and chassis. With input coming from the significantly more experienced Ferrari team, there are enough reasons to believe it’s more than just Marchionne’s dream. Perhaps it would be better for Alfa Romeo to start in a lesser competition such as GP2 and work its way up to F1 rather than just take the plunge and compete in Formula 1 right away.

The return of an iconic marque to Formula 1 would be great for the sport, but only if those in charge of the team would have the proper car and suitable drivers to match Alfa’s heritage. Otherwise, two underperforming Alfas struggling at the back of the pack during the race would be a disaster for FCA and fans of the brand altogether.

Seeing two Alfas on the starting grid of an F1 race would certainly lure in more viewers, but perhaps it’s too early to talk about that.