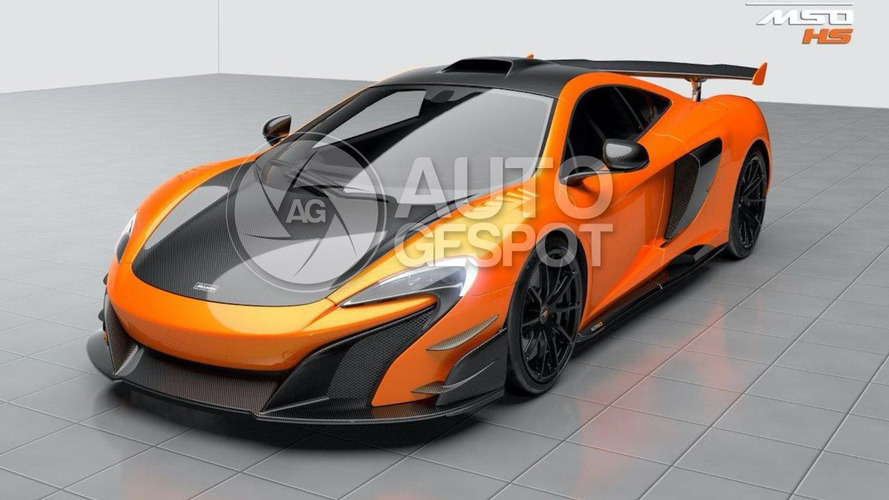 Some interesting renders have shown up on our radar, but we are not entirely sure these are legit.

First and foremost, the quality of the renders is not exactly great. Second, the black side skirts clearly have “675LT” lettering. Third, the background appears to be very simple compared to official renders sent by automakers to media outlets.

If what we are seeing here are indeed renders from McLaren, these could be from a private configurator only shown to prospective buyers. If that is the case, the renders are based on the long-tailed 675, but with go-faster bits that will be implemented in the rumored 688 High Sport (HS). We talked to Ruud from Autogespot and he said two customers have already confirmed the renders are legit. That being said, we will reserve our final judgment until we will hear something from McLaren.

Compared to the regular 675LT, the meaner version depicted here appears to adopt an active rear wing, roof scoop, ventilated fenders, and front canards. It also seems to make extensive use of carbon fiber to shave off more weight compared to the regular model which tips the scales at 2,711 pounds (1,230 kilograms, dry). As the name of the car suggests, the 688 HS with its upgraded biturbo 3.8-liter V8 engine is expected to deliver 688 horsepower (506 kilowatts).

McLaren told us a while ago that MSO is preparing a “customer commissioning based on the Super Series platform,” but that does not necessarily mean this is it. According to Autogespot, only 25 units will ever be made and all of them have already been pre-sold at an unknown price tag.