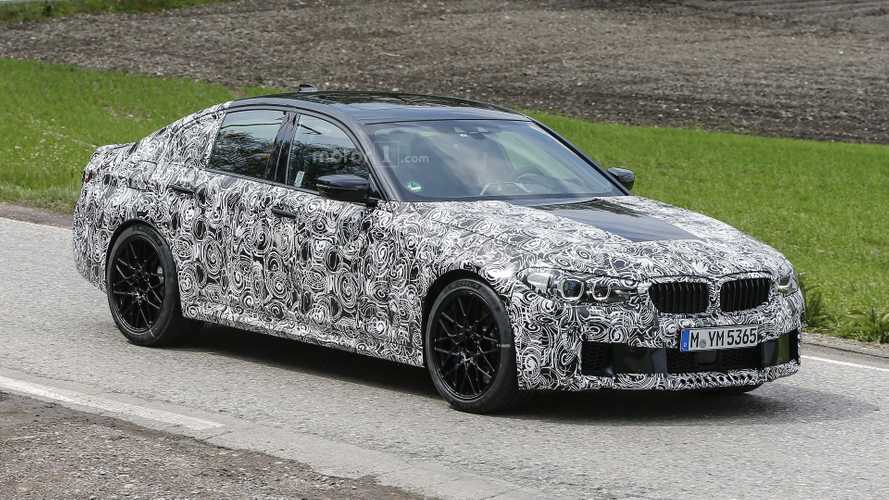 Today we bring no less than 38 spy photos with different iterations of BMW’s all-new 5 Series.

All of the prototypes spotted had the production bodies hiding underneath the swirly camouflage to mask what will be an evolutionary design. Seeing as how the flagship 7 Series made the transition to a new generation with mild cosmetic revisions, expect the same array of visual refinements for the 5 Series.

Despite playing it safe in terms of design, the new 5 already appears to look a bit sportier than the outgoing model and it seems the Gran Turismo will be less bulky and awkward, but that still won’t make it easy on the eyes.

While the styling will be more of the same, it’s a different story underneath the familiar skin. That’s because the new 5 Series will make the switch to the CLAR platform that has underpinned the 7 Series. This means it will benefit from a lightweight construction which is expected to shave off as much as 220 pounds (100 kilograms) on select versions.

Customers will be given the opportunity to pick from a wide array of four-, six- and eight-cylinder engines, all of which will obviously be turbocharged. Word on the street says BMW is also cooking up 530e and 540e plug-in hybrids using hardware from the 330e, but upgraded for the larger, heavier car.

The cream-of-the-crop M5 is expected to use an evolution of the biturbo 4.4-liter V8 engine with up to 626 horsepower (467 kilowatts). All those ponies will be delivered to the rear wheels as standard, but it is believed BMW will also sell the M5 with an optional xDrive system which would represent a first in the model’s history.

Purists will be sad to hear the M5's six-speed manual gearbox will be dropped, according to BMW M GmbH President Frank van Meel. He motivated this decision by saying there’s virtually no demand for it on the outgoing M5, so it wouldn’t make sense to offer a manual for its replacement.

The sedan will lead the way since it will debut in the metal in October at the Paris Motor Show, although rumors indicate a summer reveal is possible. It’s going to be followed likely in early 2017 by the estate and several months later the GT will be released. As far as the range-topping M5 is concerned, BMW will probably introduce the high-powered sedan towards the end of next year.