Bentley Mulsanne may lose its top for limited-run convertible 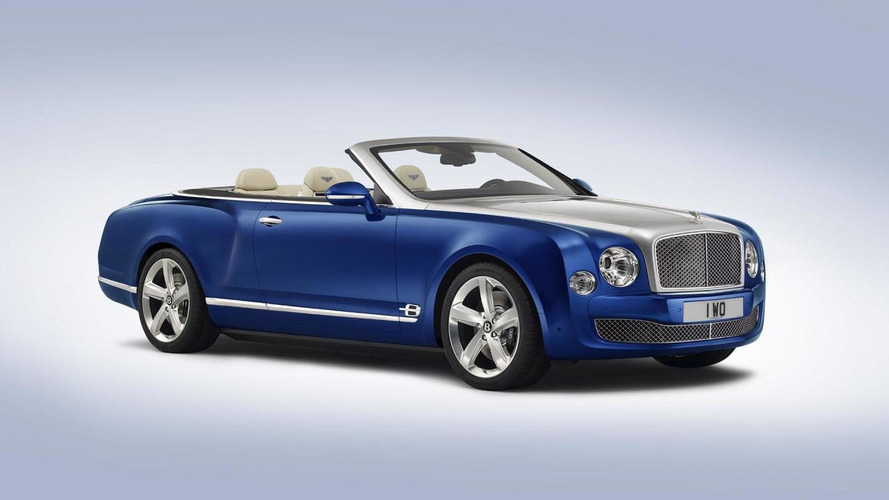 The big Bentley droptop could be quite pricey, though.

Bentley will reportedly take the dusty plans for a Mulsanne convertible off the shelf again, and this time the brand will actually build a small number of the posh droptops. The luxury firm’s boss, Wolfgang Dürheimer, tells Car and Driver the model could be ready in just two years. As a limited-run special edition, prices for the exclusive vehicle could start as high as 1 million pounds ($1.47 million at current exchange rates).

“Such a model would be built in 20 units and sold to absolute connoisseurs at a very high price,” Dürheimer told Car and Driver.

Bentley has shown concepts for a soft-top Mulsanne before, but so far none of those vehicles have made it to production. For example, the company presented a possible design to the wealthy enthusiasts at the 2012 Pebble Beach Concours d’Elegance. Two years later at the Los Angeles Auto Show, Bentley displayed the Grand Convertible concept (above), which suggested the topless Mulsanne still had a shot.

The vehicle's development reportedly stopped at one point because the droptop would only be popular in a few markets. However, rumors later hinted the vehicle was still on the drawing board. Some reports suggested the convertible might revive the Azure model name when it hits the road. Regardless of the name, we hope Bentley can just get the soft-top Mulsanne out the door this time.