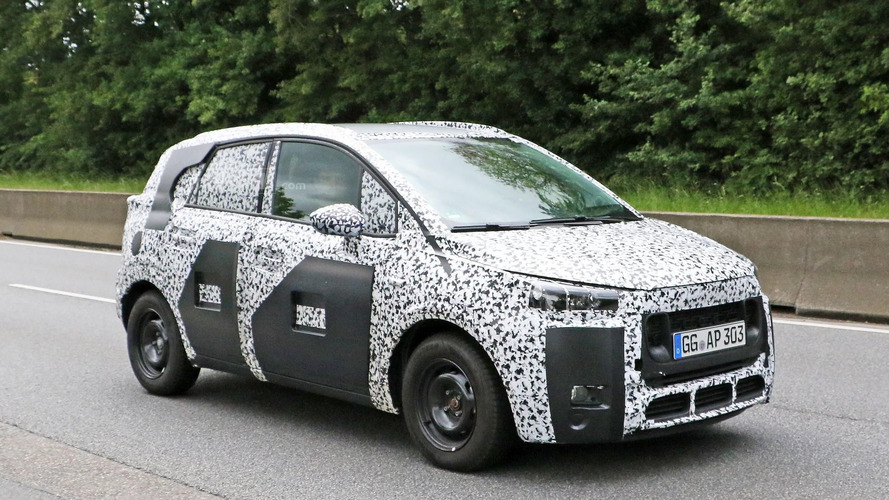 Our spies were able to capture on camera for the very first time what appears to be the second-generation Peugeot 2008.

Although we are not entirely sure this is indeed the 2017 Peugeot 2008, the body’s shape does resemble the next-generation Opel/Vauxhall Meriva and the all-new Citroën C3 Picasso. These three cars are being jointly developed by General Motors and PSA and will ride on an updated version of the PF1 platform created by the French automotive group.

While the underpinnings will be shared among the models, that’s not going to be the case in terms of styling. Designers from GM and PSA were given the freedom to apply their expertise and hopefully there will be enough differentiation between the new 2008, Meriva, and C3 Picasso to better suit more tastes. We are also expecting to find diversified interior designs to further distance the models from one another.

According to a press release that dates back to 2013, Opel’s engineering team in Rüsselsheim is leading the joint project, but the vehicles are actually going to be powered by PSA-sourced engines. Production will take place at GM’s Zaragoza plant in Spain and the first models are scheduled to come out before the year’s end.

We should expect some of the models to be introduced at the beginning of October during the Paris Motor Show and go on sale shortly thereafter.