Technical analysis: The front wing that Force India hopes will turn its season

Force India has rather pinned its hopes of turning its season around on the updates that it had available in Barcelona.

Sergio Perez even went as far as to suggest that the front wing development path it has been on in the opening rounds was the limiting factor.

"We had a very weak front wing that wasn't working properly," explained Perez. "We believe we have fixed this problem with the upgrade, hopefully.

"By not making the wing work, it meant we had to fix [the car] mechanically and that meant more damage to the tyre.

"I won't go into too much detail, but in general the car was not performing as expected. So we had to compensate with the set-up, so we were then compromising the tyre life for it."

It will be a huge sigh of relief to Perez that the wing was available in Spain then and will perhaps re-open the door to the longer stint length strategies we've seen from him in the past. 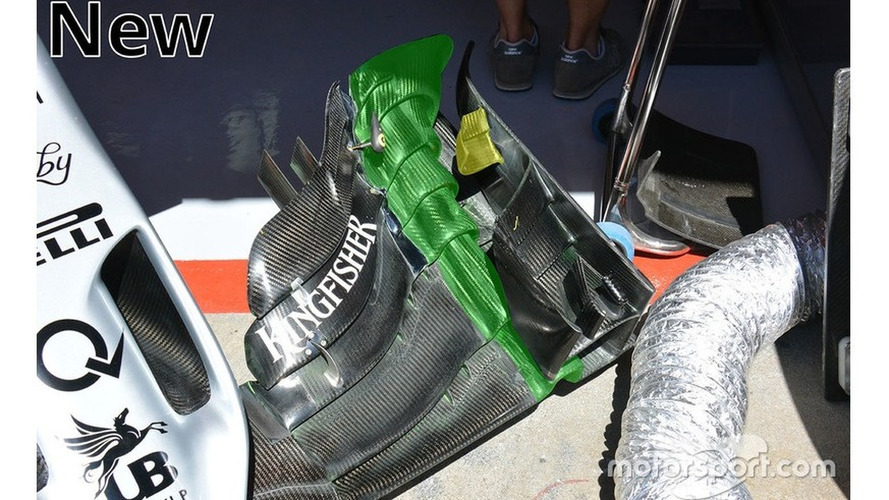 The new wing is clearly inspired by the Mercedes design introduced early in 2015, with a squared tunnel in the outboard section of the wing (highlighted in green) taking up the primary role of moving air flow around the front tyre.

This compartmentalisation of the wing's functions means that the rest of the flapped region has also undergone some geometric alterations. 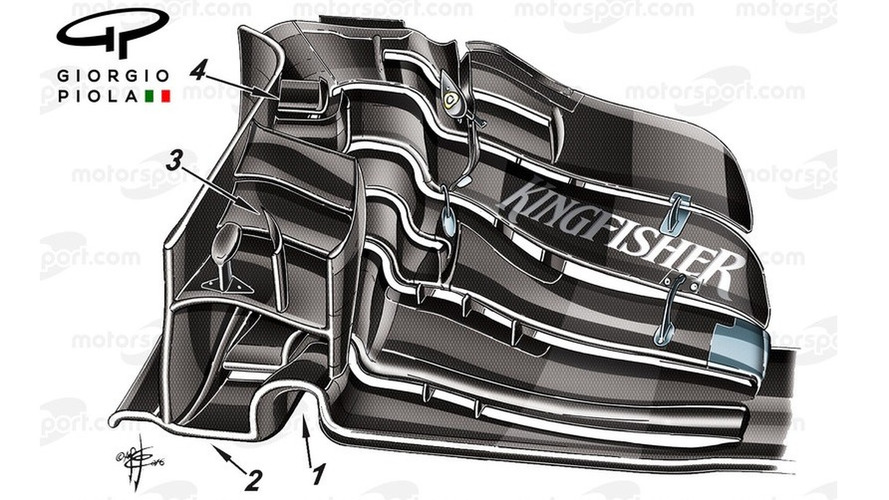 The primary arc [1] on the leading edge of the mainplane, which feeds the expanding tunnel is supplemented by full length slots in a wider footplate section [2] alongside it.

These slots help to keep the tunnel from choking in yaw, maintaining control of the tyre wake in the most important phase and when downforce is at a premium.

In the main cascade, a small change was made to the vanes [3] with the secondary element lengthened.

In line with the change to the outboard section of the wing, two Z-shaped winglets [4] can now be found hung from the inboard side of the endplate, which along with the main cascade in front of them will further shape the movement of airflow around the front tyre, changing the shape of the wake it sheds and improve performance downstream.

The VJM09's floor, ahead of the rear tyre, has also been treated to a revision, with a tyre squirt deck similar to the one used by McLaren early in 2015 employed.

Rather than use four slots like the McLaren though, the Force India design uses two slots, with the enlarged L shaped slots flared along their length to shape the airflow. 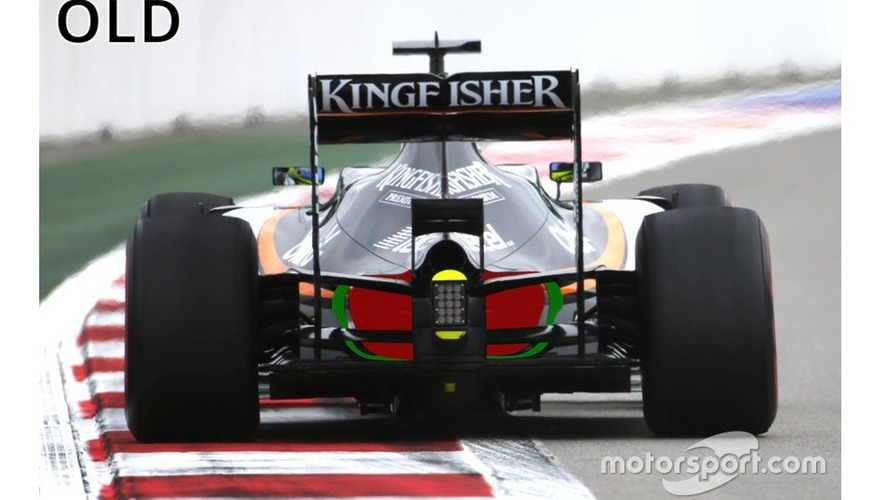 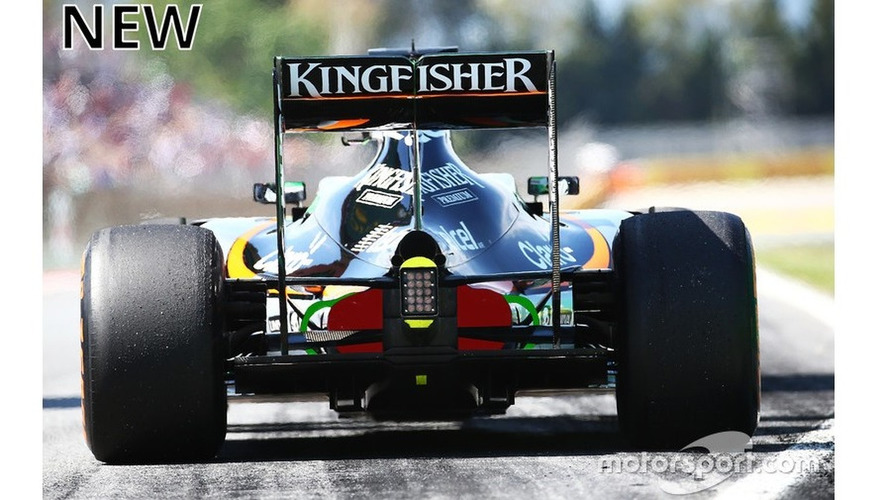 The sidepods and engine cover were revised, with the cooling outlet narrowed improving the shape of the 'coke bottle' region. Meanwhile, the detached hoops now appear much larger, teasing the air flow out of the outlet and retaining the shape of the airflow in that region. 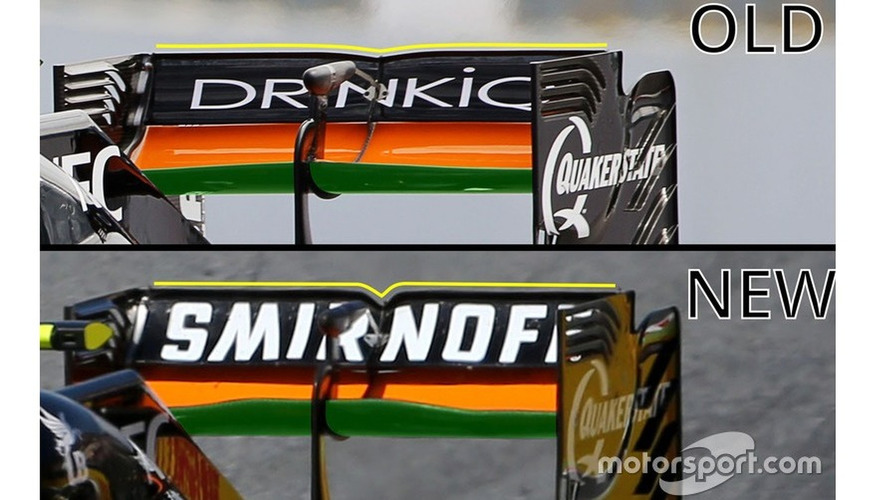 The mainplane shape was more aggressively upturned in the central section (highlighted in green), whilst the upper flap featured a larger V groove to marginalise the additional drag being generated by the more highly loaded wing.