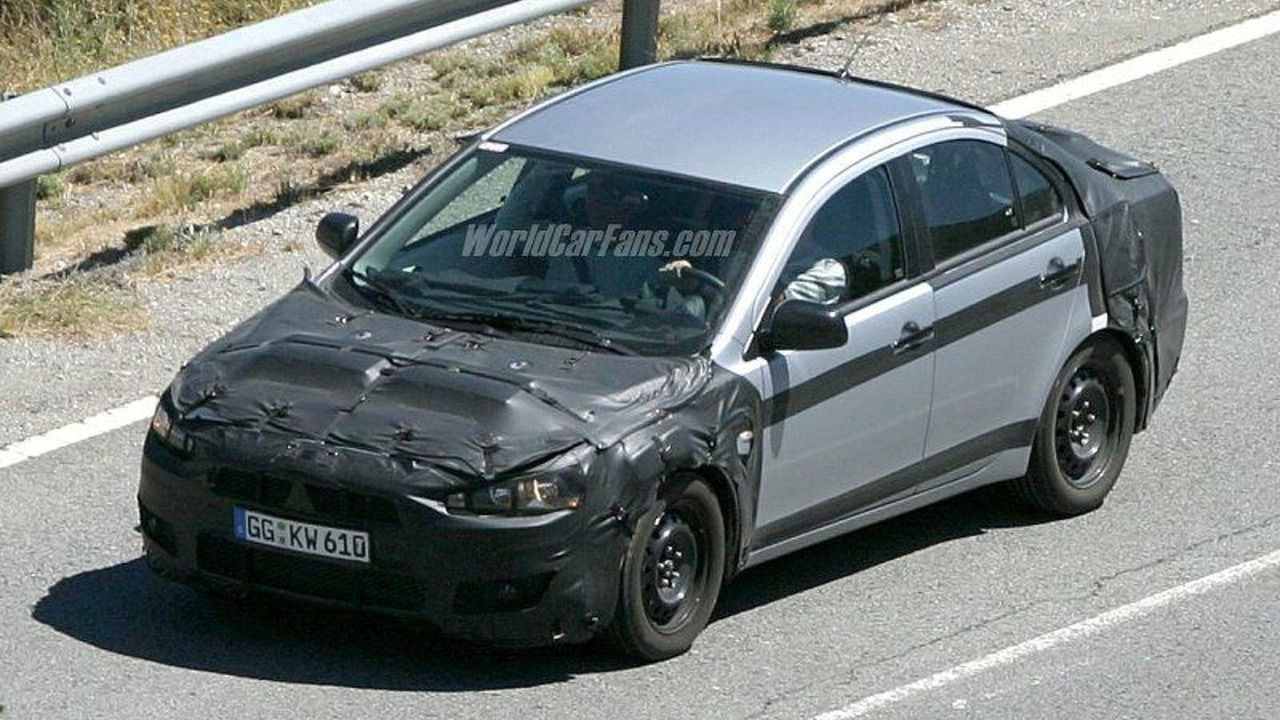 Our spies were fruitful again on their hunt as they picked off what appears to be a prototype of the upcoming Mitsubishi Lancer. Details are slim right now, but we know that the car will debut in the 2008 model year, and is based off the GS Platform also used on the current Dodge Caliber.

Rumours are that the Evo X variant of the new Lancer will feature more than 300 horsepower, and will be put on a diet resulting in a curb weight significantly less than that of the current Evo. We'll keep you posted as more details surface on this next generation Lancer and Evo hot rod.