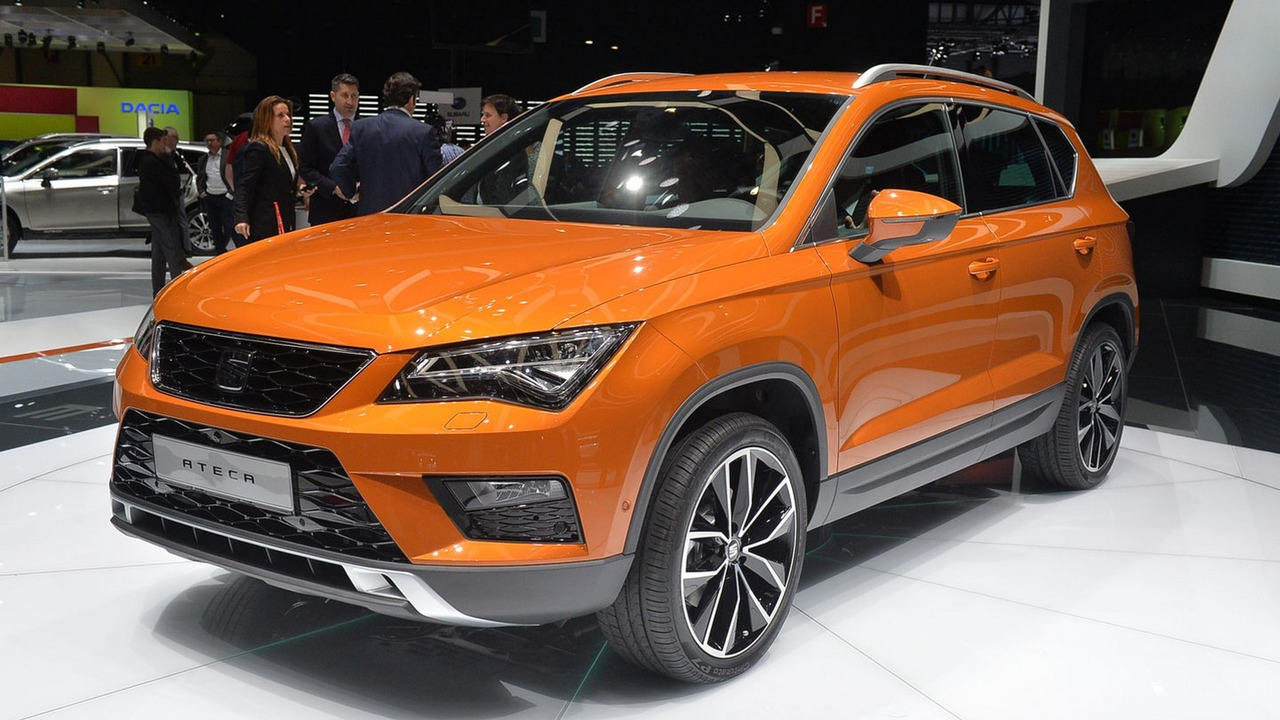 Model to be previewed by a concept in Paris.

Seat joined the SUV segment with the Ateca model that received its debut at the Geneva Motor Show earlier this year and now, again, we've stumbled upon rumors about a high-performance version of the car.

The SUV is still several month away from reaching the showrooms across Europe, but a new report indicates the Spanish company is already considering a hot Cupra variant. The automaker is not completely convinced the idea would turn into a successful business plan, so it will test the waters with a concept during the Paris Motor Show this fall.

If the information from AutoExpress is correct, the already sporty Ateca will get new and more aggressive bumpers, as well as lower ride height, and twin exhaust pipes integrated in the rear bumper. Also, expect some multi-spoke alloy wheels and contrasting shades for the bodywork.

The package will be completed by a sporty-looking interior that features a flat-bottomed steering wheel, aluminum pedals, leather sporty seats, and others.

Power will be provided by an upgraded 2.0-liter turbocharged petrol engine tuned to deliver 300 horsepower (221 kilowatts), channeled to all four wheels through an improved four-wheel drive. Our source predicts the SUV will be able to hit the 62 miles per hour (100 kilometers hour) mark in around six seconds.

Seat’s biggest problem will definitely be the price – the most expensive mainstream Ateca is expected to cost $43,700, while the hot Cupra versions will be closer to $51,000.