Are you the Mercedes GLB? 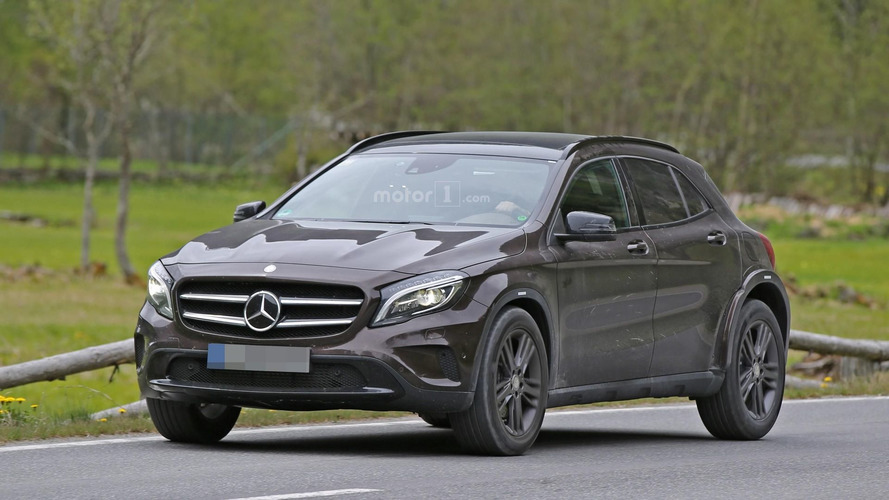 A weird-looking mule of the Mercedes GLA has been spotted on a mountain road in the Alps.

This chassis test mule shows a GLA on steroids and there are reasons to believe what we are seeing here is a sight of a first-ever GLB. Rumors about an additional crossover with the three-pointed star logo emerged onto the web a few years back and if these spy shots are any indication, Mercedes is actually going to make it. As the name of the high-riding model implies, the GLB is expected to slot between the GLA and the GLC.

Compared to a regular GLA, the test mule had substantially wider tracks and the wheelbase was also longer, thus indicating it will have a larger footprint. It’s highly unlikely the vehicle is a sign of a second-gen GLA since Mercedes’ smallest crossover was launched less than three years ago and it’s bound to receive a mild facelift in the months to come.

If those rumors about a GLB will pan out, expect to see a mini G-Class, with a more rugged appearance compared to the GLA and GLC. The first-ever GLB will reportedly be launched in 2019 (September to be exact) and will ride on the second generation of the MFA platform. This means it will have a front-wheel drive layout as standard and will share underpinnings with the next A-Class, CLA, GLA, and B-Class. Power for the cheaper versions is believed to come from Renault-sourced turbocharged three-cylinder engines, while the four-cylinder Mercedes units will be optionally paired with an all-wheel-drive 4MATIC setup.

Believed to be codenamed X247, the new crossover from Daimler was described by CAR magazine back in 2014 as “a charming mix of G-Class visuals, B-Class proportions and GLA-Class dynamics.” The rumor mill also indicates there could be a seven-seat version and an optional off-road package to make the crossover look butch and more competent to tackle bumpy roads.

A downsized G-Class would be pretty cool if you ask us, but we can’t be certain these spy shots do really show that. At least we can tell you this was as a brand new mule and the engineers were testing its ESP system on a mountain road somewhere in the Alps.