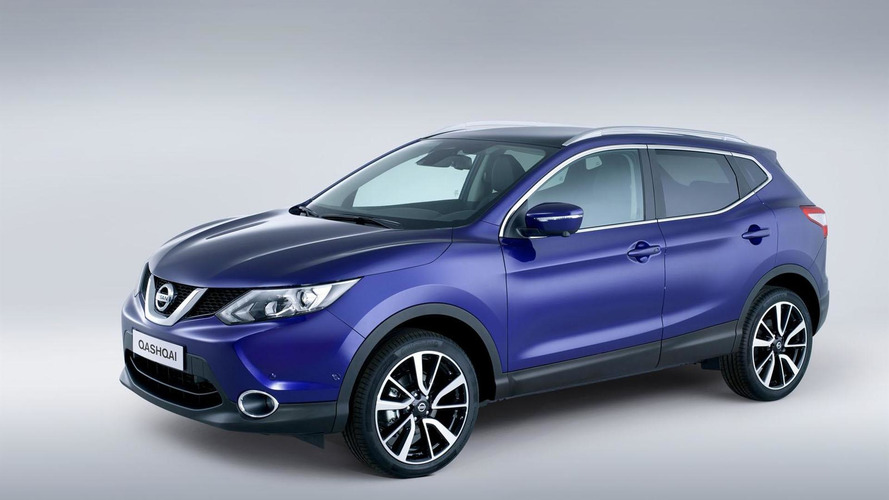 System will enable the Qashqai to drive itself on the highway.

Nissan has announced the facelifted Qashqai will become the company's first vehicle in Europe to be equipped with autonomous driving technology.

Set to go into production at the company's Sunderland plant in 2017, the Qashqai will be offered ProPilot technology.  Nissan describes ProPilot as a "stage one autonomous drive technology" which will enable the crossover to drive itself in a single lane on the highway.  The company ways its "introduction marks an important step in the brand’s commitment to make autonomous drive technologies available to the mass market."

While the Qashqai will become the first Nissan vehicle in Europe with autonomous driving technology, Nissan will ramp up its efforts in 2018 with the introduction of an autonomous driving system that has multiple-lane control.  This will allow vehicles to autonomously negotiate hazards and change lanes.

Two years later, Nissan plans to introduce an even more advanced system which can autonomous drive itself though busy intersections.

The company went on to say Renault-Nissan will launch more than ten vehicles with autonomous driving technology by 2020.  The models will be offered in several key markets including China, Europe, Japan, and the United States.  There's no word on specifics but Nissan says the technology will be offered on "mainstream, mass-market cars at affordable prices, with a focus on accessibility to all customers."

The proposed new legislation for the insuring of self-driving cars will have a significant role in the adoption and integration of the breakthrough technology that can help reduce traffic congestion and vehicle incidents on UK roads, as well as creating new jobs in the UK’s high-tech economy.

Nissan has already confirmed that the refreshed Nissan Qashqai will be the first Nissan car in Europe – and the first UK-manufactured car – equipped with autonomous technology in 2017 with ProPilot. The introduction marks an important step in the brand’s commitment to make autonomous drive technologies available to the mass market.

It will be produced at the company’s flagship manufacturing plant in Sunderland and sold in the UK as well as markets across Europe. The multi-award winning Qashqai is the UK’s fifth-highest selling car.

ProPilot, Nissan’s stage one autonomous drive technology, enables the car to drive autonomously and safely in a single lane in heavy traffic conditions on highways.

The introduction of ProPilot in Europe next year is the first step in Nissan’s longer-term commitment to launch a range of vehicles with autonomous drive capabilities by 2020.

In 2018 ‘multiple-lane control’ in Nissan cars will allow them to autonomously negotiate hazards and change lanes while driving. 2020 will see the launch of ‘intersection autonomy,’ which will allow cars to navigate busy city junctions and heavy urban traffic without driver intervention.

The Renault-Nissan Alliance has already announced it will launch more than 10 vehicles with autonomous drive technology by 2020 in the United States, Europe, Japan and China. The technology will be installed on mainstream, mass-market cars at affordable prices, with a focus on accessibility to all customers.

This week Nissan also marked the opening of a Joint Research Centre for Intelligent Mobility at Tsinghua University (Department of Automotive Engineering) in Beijing, China. The collaboration will work on the research and development of electric vehicle and autonomous drive technologies for the Chinese market.

Paul Willcox, Chairman of Nissan Europe, said: “Any new legislation, such as we’ve seen announced, that supports the adoption and integration of autonomous vehicle technologies, is a positive for the UK.”

“Autonomously-equipped vehicles will improve the safety and well-being of drivers, with fewer collisions and reduced traffic congestion. The UK economy can also benefit, by playing a pivotal role in a global industry estimated to be worth £900billion by 2025.”

“Nissan is about taking innovative, premium technologies and making them accessible and affordable to the general public. We’re excited to be debuting the first phase of our autonomous driving technology, ProPilot, on the Nissan Qashqai in 2017 – one of the UK’s best-selling cars and a model produced right here at our Sunderland plant.”

Mr Willcox added: “The introduction of ProPilot technology will be an evolution not a revolution as the building blocks for this are already in place in many of our cars today through our Safety Shield Technology.”