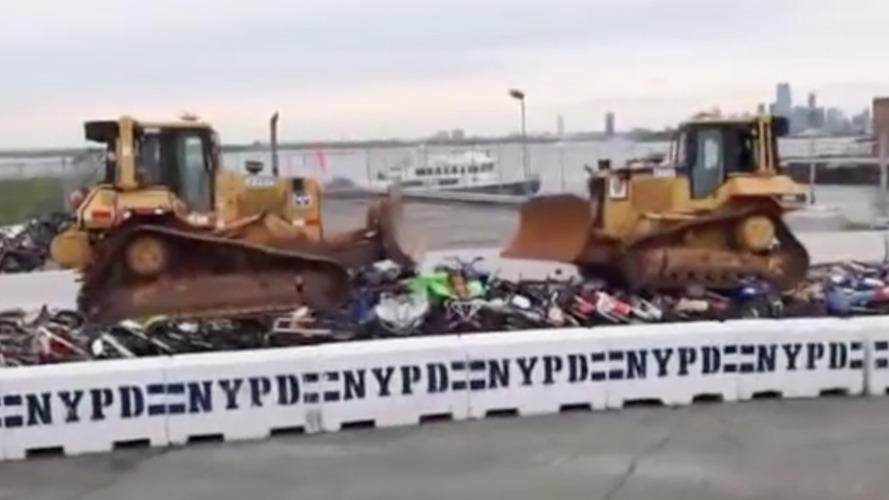 The city used a pair of bulldozers to destroy the off-road vehicles.

New York City’s government decided that the best way to stop people on illegal dirt bikes and ATVs from disrupting traffic was to confiscate and crush the vehicles. Law enforcement captured this carnage on video and posted it online. For fans of riding off-road, the clip might be hard to watch.

New York Mayor Bill de Blasio and Police Department Commissioner William Bratton announced the initiative to impound the ATVs and dirt bikes on April 4. At that point, the cops had already seized 312 vehicles, and they pledged to track down even more. On May 17, law enforcement followed through with its promise to destroy them.

“My message is these are dangerous – these bikes, these motorbikes and ATVs are dangerous. They don’t belong in New York City. We’re coming for them. We’re going to be very aggressive. We’re going to take them away. They’re not legal,” Mayor de Blasio said at the April press conference.

Law enforcement’s plan to confiscate the illegal vehicles has merit, but destroying them is an utter waste. The city would have benefited far more by auctioning the ATVs and dirt bikes off to people who could use them legally. The video below largely captured the preparation for the event. Skip to 29:20 to get right to the destruction.