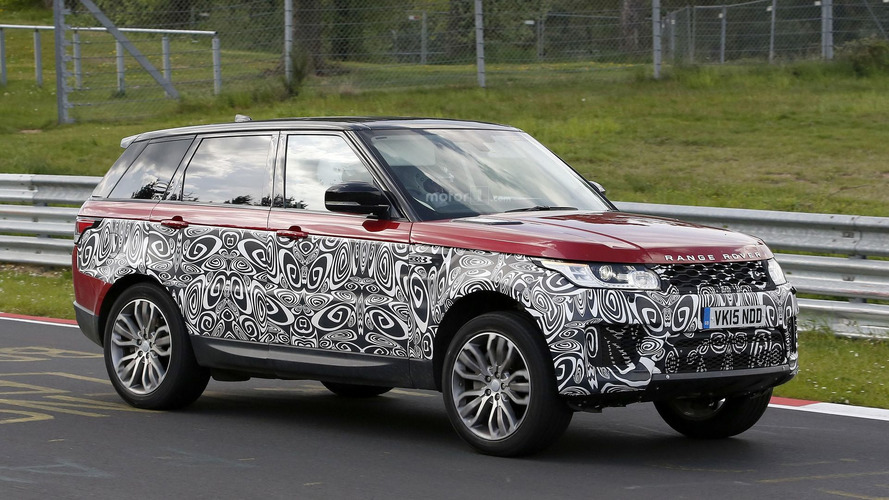 Land Rover doesn't do much to keep the refreshed Range Rover Sport under wraps.

Land Rover engineers continue dress up the refreshed Range Rover Sport in light camouflage for on-road testing, but it gives us another chance to spy the forthcoming SUV’s upgrades.

Based on this camouflage’s location, expect Land Rover to focus on updating the Range Rover Sport’s front end. The bumper appears to have slightly larger openings in the center, and there is now a vertical intake at each corner. The tweaked design evokes the SVR’s meaner look, which is a welcome change. It’s possible JLR might also adjust the rear, but those parts are not present on this test car.

The last set of spy photos also revealed a major change inside the refreshed Range Rover Sport. The model ditches the current 8-inch infotainment system for a new 10.2-inch screen. It’s a welcome addition and makes sure the improved Sport keeps up with the changing times.

The updated SUV looks practically ready for showrooms in these photos. Land Rover will likely unveil it in a few months, possibly at the Paris Motor Show in early October. The refreshed Range Rover Sport will potentially arrive at dealers before the end of the year or very early in 2017. The current powertrains will presumably carry over largely unchanged.