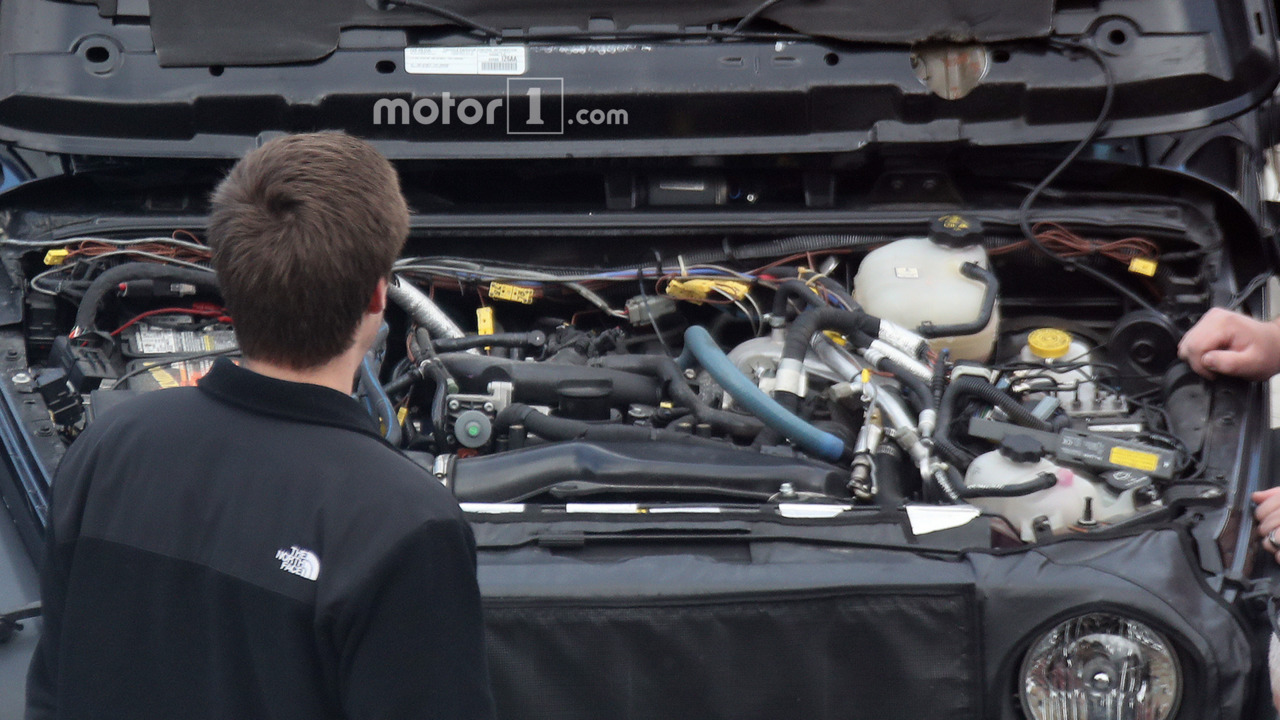 Visual proof the next Wrangler will offer a four-banger.

Here’s visual proof of what has been widely rumored: The 2018 Jeep Wrangler will offer a turbocharged four-cylinder engine in addition to its 3.6-liter V6. Seen here covered in spaghetti-like wiring in a Wrangler prototype, the engine is expected to displace 2.0 liters and be called “Hurricane.”

Clues that this engine packs turbo power include the various induction hoses running along both the front and back of the engine bay. It’s also clear upon close inspection that this is an inline engine block, rather than the V6 we know from today’s Wrangler. As on most of Fiat Chrysler’s four-cylinder engines, the oil filter cartridge is mounted at one end of the engine block.

The addition of a turbo-four engine would help the 2018 Jeep Wrangler post improved fuel-efficiency numbers and improve the Jeep brand’s Corporate Average Fuel Economy rating. Earlier reports say the engine will mate to an eight-speed automatic transmission, and that the Hurricane mill will use a twin-scroll turbo and an aluminum block, with peak power tipped at about 300 horsepower.

Planning documents from Fiat Chrysler Automobiles also reveal that the Wrangler will add diesel and hybrid powertrains during its life cycle. An updated 3.6-liter Pentastar V6, also mated to an eight-speed automatic instead of the current Wrangler’s five-speed, will likely be the standard engine choice.

The 2018 Jeep Wrangler is expected to debut next year, with a “mixed materials” construction strategy that will see some but not all parts made from aluminum; company CEO Sergio Marchionne has quashed rumors that all the bodywork will be made from aluminum. Still, the Wrangler should shed weight in its new generation despite retaining a tried-and-true body-on-frame configuration. Jeep also plans to keep building the current Wrangler for a few months of overlap with the all-new version, and may eventually launch the long-rumored and long-awaited Wrangler pickup trucks.