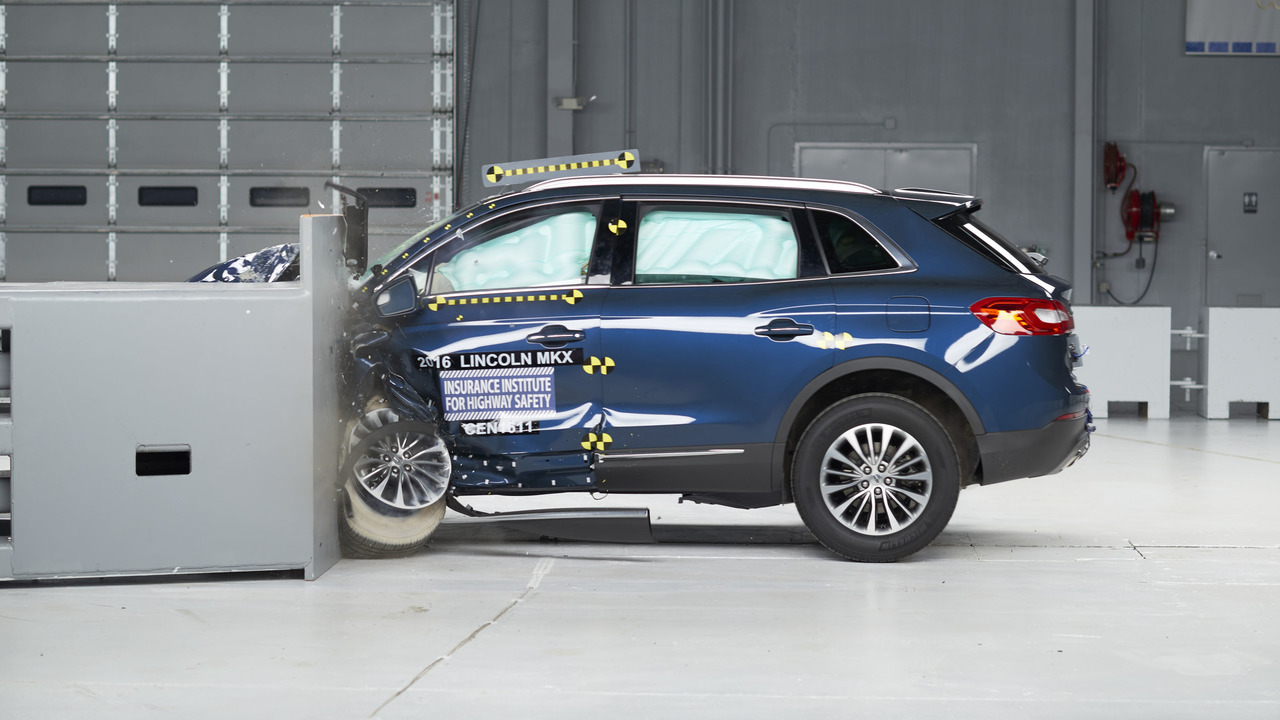 Sensors on the dummy indicated a low risk of injury in an accident.

The 2016 Lincoln MKX has earned a Top Safety Pick+ honor after a recent round of crash tests by the Insurance Institute for Highway Safety. The crossover received the agency’s top Good score in all of its evaluations: small overlap front, moderate overlap front, side, roof strength, and head restraint.

The IIHS' small overlap test focuses a collision on the front corner of a vehicle, and so much force hitting such a small area can be a serious challenge for a model’s safety. The previous MKX never faced the evaluation, but the 2016 version performed great. The largest amount of outside intrusion into the passenger compartment was just four inches around the lower door hinge pillar. The airbags also did their job of controlling the movement of the dummy’s head during the collision. Sensors indicated a low risk of injuries in the accident.

To get the coveted Top Safety Pick+ status, a vehicle must score Good in all of the agency’s crash tests. The front crash prevention system also must earn an Advanced or Superior rating.

The previous version of the midsize luxury SUV had good ratings in the moderate overlap front, side, roof strength and head restraint evaluations, but was never put through the challenging small overlap test. Introduced in 2012, the test replicates what happens when the front corner of a vehicle collides with another vehicle or an object like a tree or utility pole.

The 2016 MKX aced the small overlap test, with maximum intrusion of 4 inches at the lower door hinge pillar. The dummy’s movement was well-controlled. Its head hit the front airbag and stayed there until rebound, and the side curtain airbag deployed with sufficient coverage to protect the head from contact with the side structure or outside objects. Measures taken from the dummy indicated a low risk of injuries in a real crash of the same severity.

To qualify for TOP SAFETY PICK+, a vehicle must have good ratings in all five crashworthiness tests and an available front crash prevention system that earns an advanced or superior rating.