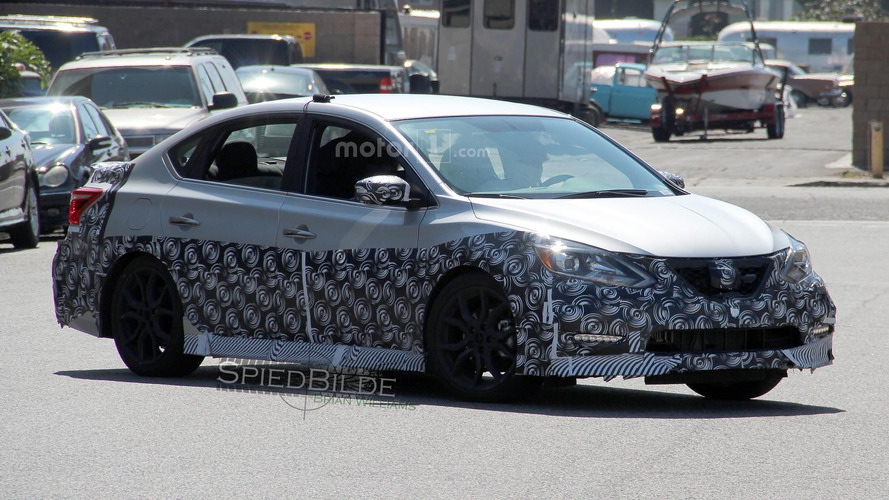 Could be powered by a turbocharged 1.6-liter four-cylinder engine.

The 2017 Nissan Sentra Nismo has been spied on the streets of downtown Los Angeles. Previewed by the Sentra Nismo concept, the production model has a sportier front fascia with revised air intakes and new LED fog lights. The car has also been equipped with a front splitter, aggressive side skirts, and what appears to be a modified rear bumper. Rounding out the changes are a rear spoiler and attractive alloy wheels.

Our spies couldn't get close enough to snap interior pictures but the concept was equipped with Recaro sport seats, a leather/Alcantara sport steering wheel, and dark chrome trim. The production model will likely eschew the sport seats but drivers can expect a number of other special touches.

Regardless of what's under the hood, we can expect a handful of other performance tweaks including a sport-tuned suspension and beefier brakes.

The Nissan Sentra Nismo is expected to be unveiled later this year so look for a possible debut at the Los Angeles Auto Show. 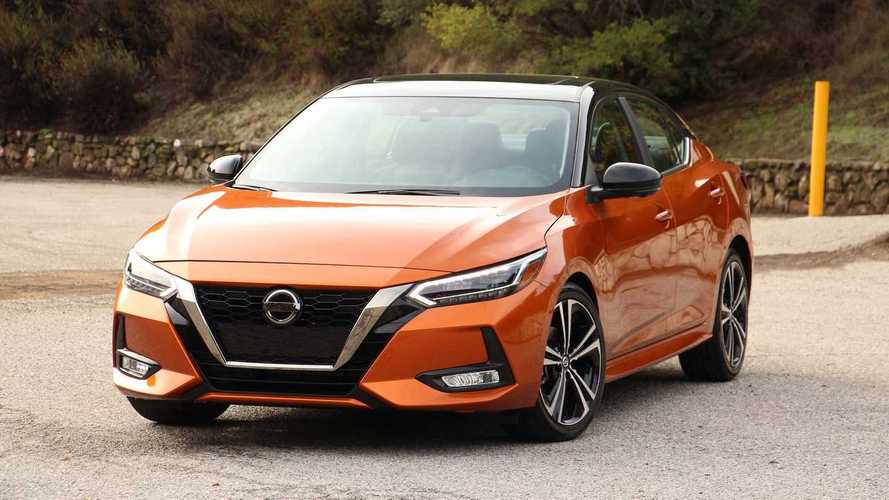