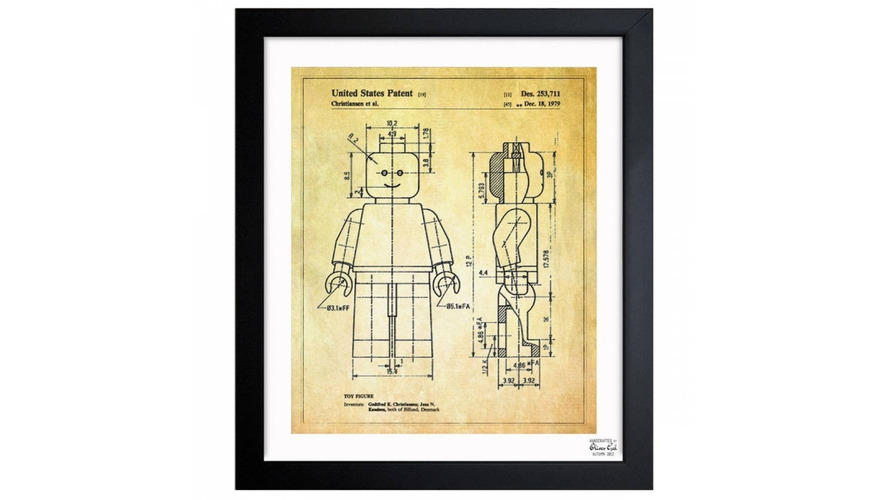 Every garage needs a little bit of Lego.

Like most kids, I was obsessed with Lego, and I was a certified nerd. I kept all my Lego sets organized in their original boxes. I subscribed to the official Lego magazine, Brick Kicks. I even wrote several letters to the president of Lego, where I suggested that the company add flourishes to their mini figures – such as painted-on sunglasses. And I was ecstatic as a kid on Christmas when the president actually wrote me back, thanking me for my enthusiasm and telling me my ideas were great.

But as I hit puberty, my interest in Lego started to wane. I left these colorful bricks in my past until my nephew developed an affinity for the brand. It was when buying a set for him when I noticed the Lego Creator Volkswagen T1 Camper Van. My brother is big into old-school VWs, so I got him the Lego van as a birthday gift, thinking it would provide some great father-son bonding time. It did, of course, but when I saw the final product, I was blown away at the detail of the thing. The gauges were accurate, as was the engine. It even had a removable roof so you can see the period-correct picnic-ready interior. It was everything a die-hard VW fan could ask for.

I didn’t pull the trigger on getting any Lego sets for myself until Lego released the Creator series Ferrari F40. Here it was: my favorite car from childhood, replicated in exacting detail by my favorite toy from childhood. I had to have it, so I plunked down the hundred bucks or so and spent the weekend building the thing.

The construction techniques used to make these high-end models is light years beyond the simple sets I built as a kid. This Ferrari is more than accurate angles and NACA ducts – the red Recaro seats are here, as is the front-mounted battery and rear-hood prop. Even the flat-12 carries an insane amount of detail, with the old-school Lego Pirate handguns used to help create the exhaust manifolds coming of each half of the engine block.

Of course now I’m about to dive deep into the rabbit hole. Lego just released a near-perfect 911 GT3 RS, though it immediately sold out and is going for crazy-high sums on eBay. The Lego Creator series also has models of the original Mini, and the company recently announced that a Caterham 7 kit is on the way. Hell, you can even buy RC Volvo L350F Wheel Loader if you want.

Lego now offers a way for car fans like us to literally build our dream garage. You can even pick up sets from the Racer Series, which let you build cars like the Audi R18 e-tron quattro in minifig scale.

So now I find myself back where I was in 1987, way too into Lego, but with a lot more money to burn. I just need to convince the wife to let me take over the second bedroom and convert it into a shrine to my Lego garage. And when that day comes, I’m picking up this Oliver Gal Lego Toy Figure 1979 framed print. It’s a serious piece of art at $160, but it’s still cheaper than those second-hand Porsche 911 Technic kits. I’ll even send a letter to Oliver Gal and ask them if they can create a version where the minifig has sunglasses painted on. Here’s hoping they write me back.