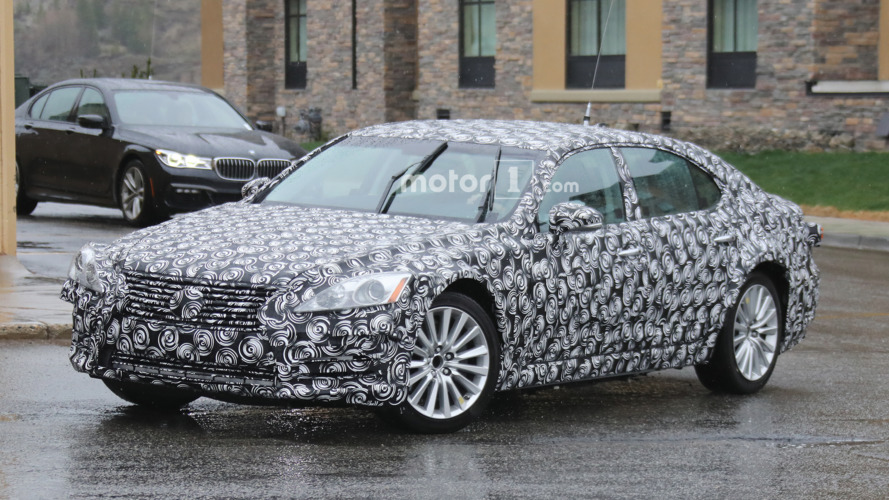 Model will continue to be be front-wheel drive.

Update: Sources in Japan are now suggesting the mule could actually be an early prototype for the next-generation Lexus LS.

The sixth-generation Lexus ES is only four years ago but it appears the company has already begun working on the next-generation model.

Snapped undergoing testing in the United States, this early mule is a bug-eyed monster that bears little resemblance to the production model.  While the mule doesn't provide many clues about the upcoming sedan, speculation suggests the car will have a more refined L-Finesse design.  Rumors have also indicated the model will grow in size thanks to an extended wheelbase.

Lexus has been tight-lipped about the next-generation ES but it is expected to ride on the Toyota New Global Architecture (TNGA) that underpins the Prius.  This means the ES will continue to be based on a front-wheel drive platform.

Engine options remain unconfirmed but the model is expected to be offered with a V6 engine and a hybrid powertrain.  There's no word on specifications but the current model has a 3.5-liter V6 engine that produces 268 horsepower and 248 pound-feet of torque.  This enables the car to accelerate from 0-60 miles per hour in 7.1 seconds before hitting a top speed of 130 mph.

The next-generation Lexus ES is expected to be introduced in 2018 or 2019.