The most powerful brand… in the world 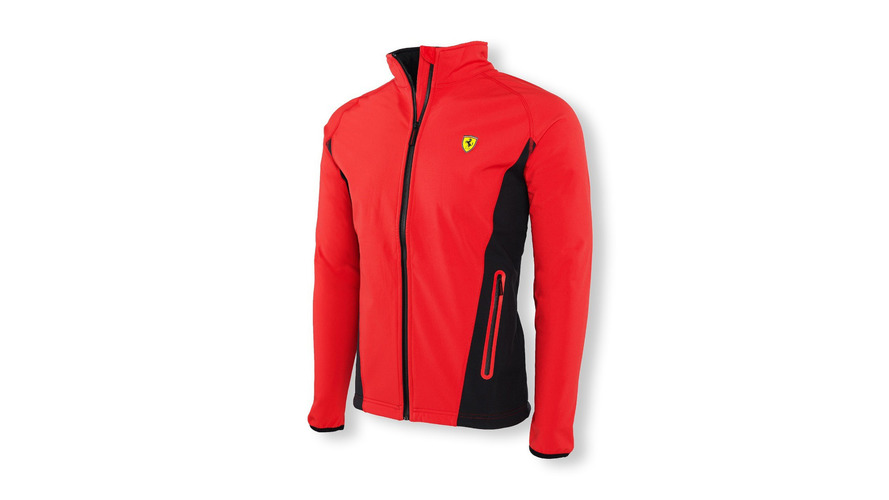 Scuderia Ferrari 2016 Classic Softshell jacket can be yours for just $139.

Few brands are as iconic as Ferrari. It seems like every new-moneyed millionaire has a Prancing Horse or two in their stable, but if founder Enzo Ferrari had his way, the company as we know it likely wouldn’t exist.

Among the tifosi, it’s pretty well known that Enzo Ferrari only begrudgingly allowed his company to become a full-fledged auto manufacturer. Mr. Ferrari was racer at his core, and his company was built to support his racing efforts. All the work, all the design, all the engineering was to lead to one goal and one goal only: win on race day.

It is said that Mr. Ferrari reluctantly allowed his company to build production vehicles only due to the persistence of his accountants. And given Mr. Ferrari’s legendary stubbornness, that must have been one hell of a pestering. Still, Mr. Ferrari agreed as, in his mind, the sole purpose of the production line was to fund his Scuderia Ferrari racing team.

Thankfully for us, this led to the creation of some of the world’s most beautiful cars. The 1957 Ferrari 250 Testa Rossa was deemed pretty enough to sell for $16.4 million dollars a few years back – a record-smashing number. For those of us ‘80s kids, Mr. Ferrari also oversaw the production of two of our all-time favorite machines: the 512 TR (the Testarossa from Miami Vice) and the awe-inspiring F40.

What’s funny then, is that now Ferrari has shifted from being a car company to a merchandising one. It’s considered the world’s most powerful brand, and that’s not because there’s a 458 Italia in every driveway – it’s because Ferrari is very shrewd about licensing its name. You can buy everything from an officially licensed Ferrari belt to number of Ferrari-licensed Lego sets (disclaimer: your author is the proud owner of the Lego F40 kit).

Luxury is a key theme to much of Ferrari’s licensing. Those into photography know that Hasselblad cameras aren’t cheap; but if you want one with Ferrari branding, you get to pay an extra $10,000 for the privilege. Need a day of fun? Fly to the money-is-no-object land of Abu Dhabi – home of Ferrari World. More than just a spaceship-shaped building, it’s the world’s largest indoor theme park. It also just happens to house four Michelin-rated restaurants.

Add it all up and you have a company seeking a total valuation of $9.8 billion. To hit that number, Ferrari is looking to raise $900 million. Help them out a bit by grabbing one of these Scuderia Ferrari 2016 Classic Softshell jackets. It’ll keep you warm, dry, and thanks to its scorching red colorway, it will help rescue teams find you when you inevitably fall down during your twice-yearly ski vacation in the Alps.