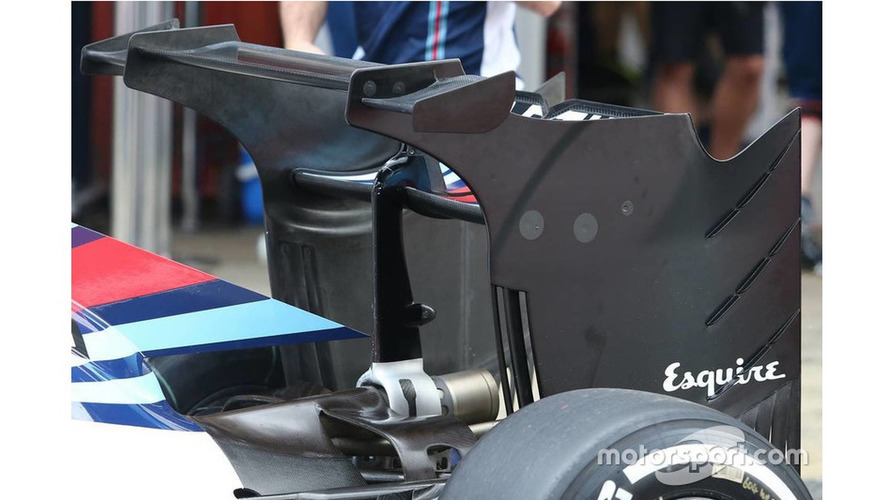 Williams caused a stir on the opening day of the first in-season test at Barcelona in Spain on Tuesday with a radical rear wing.

The double decker design was fitted to the car for the first run of the day by Alex Lynn – and features an extended wider plane ahead of the main wing elements, with extra winglets.

As well as the extended rear wing, the Williams was also fitted with extra carbon fibre devices at the front of the car too.

The height and shape of these devices - which extend beyond what is allowed in the regulations - would suggest that they are not actually being tested ahead of an actual introduction later this year.

However, it may be that they have been fitted to the car to allow the team a better understanding of aerodynamic loads and balances as it continues to try to improve its chassis.

The likely increase in aero loading delivered by the wings would, for example, help Williams better understand the implications of greater downforce on the car and the tyres.

This work would help both with 2016 and 2017 design concepts with teams now hard at work in preparing for next year's cars.