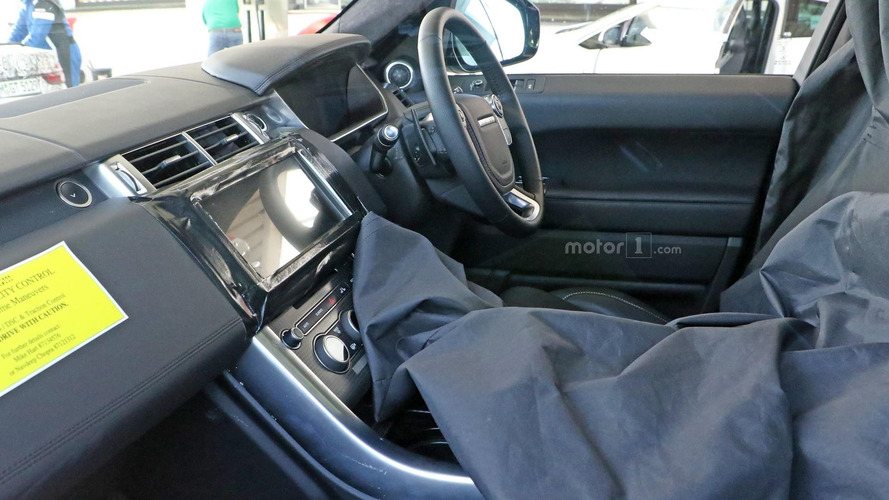 A partially camouflaged prototype of the 2017 Range Rover Sport facelift has been caught on camera both inside and out by our spy photographers.

The last time we saw Land Rover at the Nürburgring it was testing the facelifted Range Rover Sport SVR and now they were working on the lesser version. Some would be tempted to say this is also an SVR judging solely by the appearance of the front bumper, but that’s not the case as this prototype had a turbodiesel 3.0-liter engine under its hood. This means the regular Range Rover Sport is about to get a more aggressive front bumper with wider air intakes.

The rest of the car appears to be unchanged, but most likely Land Rover’s designers are also preparing a mildly revised rear bumper and there could also be slightly different graphics for the headlights and taillights. Some fresh alloy wheel designs along with a more extensive body color catalog could be on the menu to add a bit of variety.

What’s really interesting about the prototype is noticeable inside the cabin where Land Rover installed a wider touchscreen display for the infotainment. You can get the current Range Rover Sport with the 8-inch version of the InControl Touch system, but the facelifted model will jump to the more generous 10.2-inch variant already available on the latest Discovery Sport and Evoque.

Expect the engines to be largely carried over, with the exception of the supercharged 5.0-liter V8 inside the range-topping SVR which could be bumped to an F-Type SVR-matching 575 horsepower (423 kilowatts) and 516 pound-feet (700 newton meters) of torque.

Chances are Land Rover will introduce the 2017 Range Rover Sport facelift at the beginning of October during the Paris Motor Show and will have it on sale before the year’s end.