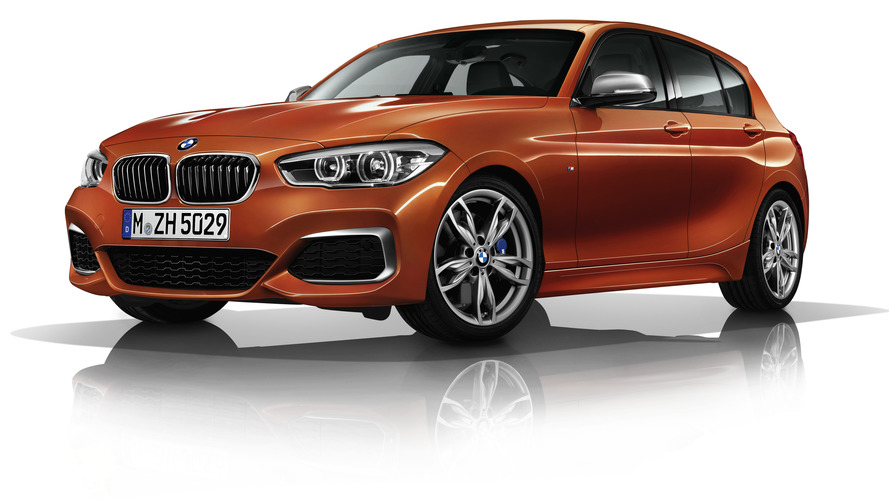 It was only yesterday when we reported the 1 Series hatch and 2 Series Coupe and Convertible could be getting a new 3.0-liter turbocharged engine, and the first thing BMW is informing us today is that exact upgrade.

The motor in question debuted in the 340i last year and now is making its way into the smallest models of the Bavarian brand – the 1 Series and 2 Series. Under the M140i and M240i designations, the vehicles offer 340 horsepower (250 kilowatts), a 14 hp (10 kW) increase in maximum output over its predecessor, the M135i/M235i.

As BMW mentions, the new M140i and M240i now offer the same output levels as the 1 Series M Coupe built between 2011 and 2012. Power figures aside, the two new models are 0.3 seconds faster than the vehicles they replace, which means the 0-62 miles per hour (0-100 kilometers per hour) acceleration now takes 4.6 seconds with automatic gearbox and 4.4 seconds in all-wheel-drive guise.

As standard, the M140i three-door, M140i five-door, M240i Coupe, and M240i Convertible are fitted with a six-speed manual gearbox, while the latest version of the eight-speed Steptronic Sport transmission is available as an option. Also, as an alternative to sending their power to the rear wheels, all four models can be ordered with the xDrive intelligent all-wheel drive system.

Hit the press release section below for additional details.

This boost in power means the BMW M Performance members of the BMW 1 Series and BMW 2 Series model ranges now offer the same output levels as the BMW 1 Series M Coupe built between 2011 and 2012. They can accelerate from 0 to 100 km/h (62 mph) up to 0.3 seconds quicker than their predecessors, and their fuel consumption and emissions (as calculated in the EU test cycle) are as much as 7 per cent lower. The BMW M140i 3-door, BMW M140i 5-door, BMW M240i Coupe and BMW M240i Convertible are fitted with a six-speed manual gearbox as standard, while the latest version of the eight-speed Steptronic Sport transmission is available as an option. And as an alternative to sending their power to the rear wheels, all four models can also be ordered with BMW xDrive intelligent all-wheel drive.

The engine developed for this quartet of compact power merchants stands out from the crowd with its instantaneous responses, high-revving ebullience and exemplary efficiency. Its dynamic power delivery is accompanied by a beautifully intense take on the emotionally rich engine sound characteristic of a BMW straight-six. The new unit has an aluminium crankcase and cylinder head, and the refinement that is likewise a hallmark of BMW six-cylinder in-line engines has been elevated to another level still thanks to new, near-source acoustic shielding. The TwinScroll turbocharger integrated into the cast-steel exhaust manifold is extremely efficient – on account of its compact construction and the presence of an indirect intercooler. Helping to minimise emissions, meanwhile, are electric wastegate control and the close-coupled arrangement of the catalytic converter.

The latest generation of VALVETRONIC fully variable valve control provides particularly precise load control, enhancing the engine’s responsiveness and efficiency. And rounding off the latest update of M Performance TwinPower Turbo technology is Double-VANOS variable camshaft timing on both the intake and exhaust sides. Also doing their bit to seal the exceptionally fine balance between driving pleasure and fuel consumption for this output class are a coolant pump that operates only as necessary, a map-controlled oil pump, Electric Power Steering, the Auto Start Stop function, Brake Energy Regeneration and various other solutions developed under the banner of BMW EfficientDynamics.

A key element in the new engine’s ability to serve up thrillingly dynamic acceleration is the pulling power that comes on tap early and is maintained over a wide rev range. The new unit lays on peak torque of 500 Newton metres (369 lb-ft) between 1,500 and 4,500 rpm and generates maximum output of 250 kW/340 hp at 5,500 rpm.

Technical innovations designed to enhance driving pleasure and optimise efficiency are also at work in the transfer of engine power to the driven wheels. The standard six-speed manual gearbox fitted in the compact BMW M Performance Automobiles offers an engagement speed control function to deliver exceptionally smooth gear changes. On downshifts, the transmission management increases shift comfort by initiating a throttle blipping function; as the driver shifts into a lower gear, this increases the engine’s revs to the ideal level for the target gear.

The latest-generation six-cylinder in-line engine can be combined with the likewise new version of the eight-speed Steptronic Sport transmission as an option. With its wider gear spread and further improved internal efficiency, this automatic transmission – fitted as standard on the all-wheel-drive versions of the compact BMW M Performance Automobiles – makes an additional contribution to increasing efficiency. The option of carrying out multiple downshifts opens the door to more dynamic gearshifts and particularly swift responses to movements in the accelerator. Added to which, the cars’ driving comfort and acoustic appeal both benefit from the use of a rev-linked vibration damper. The eight-speed Steptronic Sport transmission provides top-class shift dynamics and, in addition to the Launch Control function delivering traction-optimised acceleration off the line, also offers a predictive shift strategy. Here, the transmission management works in conjunction with the car’s navigation system to analyse the driving situation and route profile and, in so doing, determine the ideal moment for a gear change.