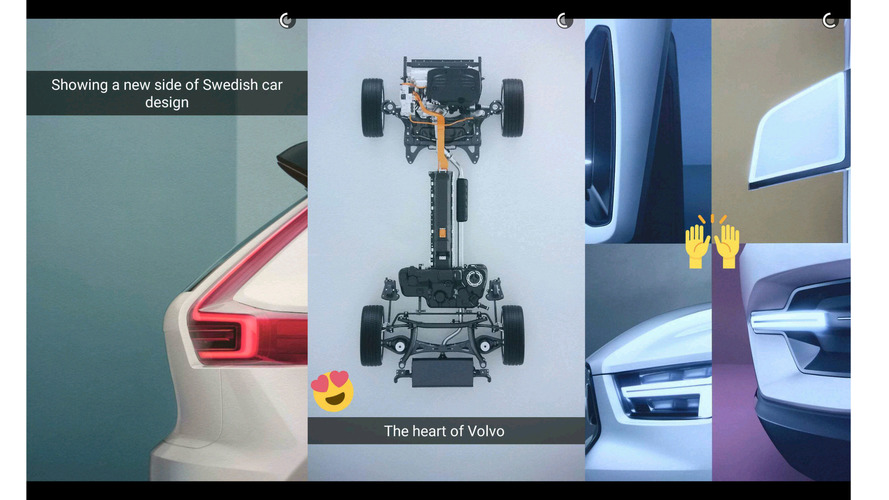 Concept will reportedly be unveiled later this month.

Volvo's love affair with Snapchat continues as the automaker has used the mobile app to release three new teaser images of what is believed to be the XC40 concept.

Volvo didn't have much to say about the latest pictures but they show the upcoming model will have Thor's Hammer LED headlights, a prominent grille, and large air intakes which house LED fog lights. We can also see gloss black accents, a sculpted hood, and what appears to be plastic body cladding. The rear end follows in the footsteps of the XC90 as it features a tailgate-mounted spoiler, curvaceous bodywork, and familiar LED taillights.

More interestingly, one of the images confirms the model will have a plug-in hybrid powertrain.  Little is known about it but the picture shows the crossover will have a front-mounted engine, an electric motor, and a relatively small battery pack that runs down the center of the concept.

The Volvo XC40 will ride on the company's new Compact Modular Architecture (CMA) which has been specifically designed to accommodate hybrid and electric powertrains. Engine options remain unconfirmed but the model is expected to be offered with an assortment of three- and four-cylinder engines including a new T5 Twin Engine powertrain which could be pictured above.