Production Kia GT spied for the first time, could arrive in 2018 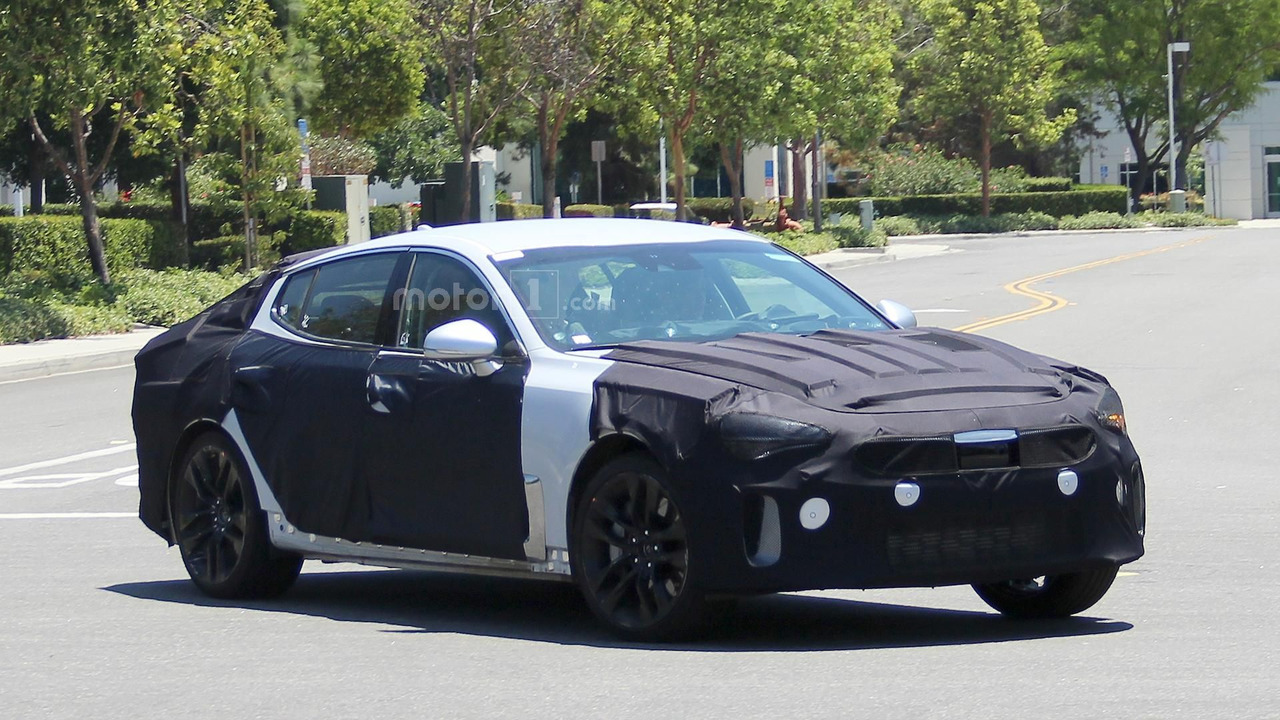 Model will likely be based on the Genesis G80.

Kia introduced the GT concept at the 2011 Frankfurt Motor Show and the model is finally heading for production as spy photographers have snapped pictures of a prototype undergoing testing in Southern California.

Looking like a pretty faithful interpretation of the concept, the production model has a familiar design but adopts a more conservative front fascia with a smaller grille that is flanked by vertical air intakes.  We can also see a new lower air intake and distinctive LED headlights.

Moving further back, there's door-mounted mirrors and a large chrome accent on the lower front fender.  The model also has a sporty roofline, LED taillights, and a four-tailpipe sports exhaust system.

Kia hasn't had much to say about the GT lately but it is expected to be based on the Genesis G80.  Engine options will likely carryover from that particular model and include a 3.8-liter V6 that produces 311 horsepower and 293 pound-feet of torque.  Rumors also suggest the car could be offered with a turbocharged 3.3-liter V6 engine.

Regardless of what's under the hood, the entry-level model will come standard with rear-wheel drive.  However, buyers in colder climates will be able to order an optional all-wheel drive system.