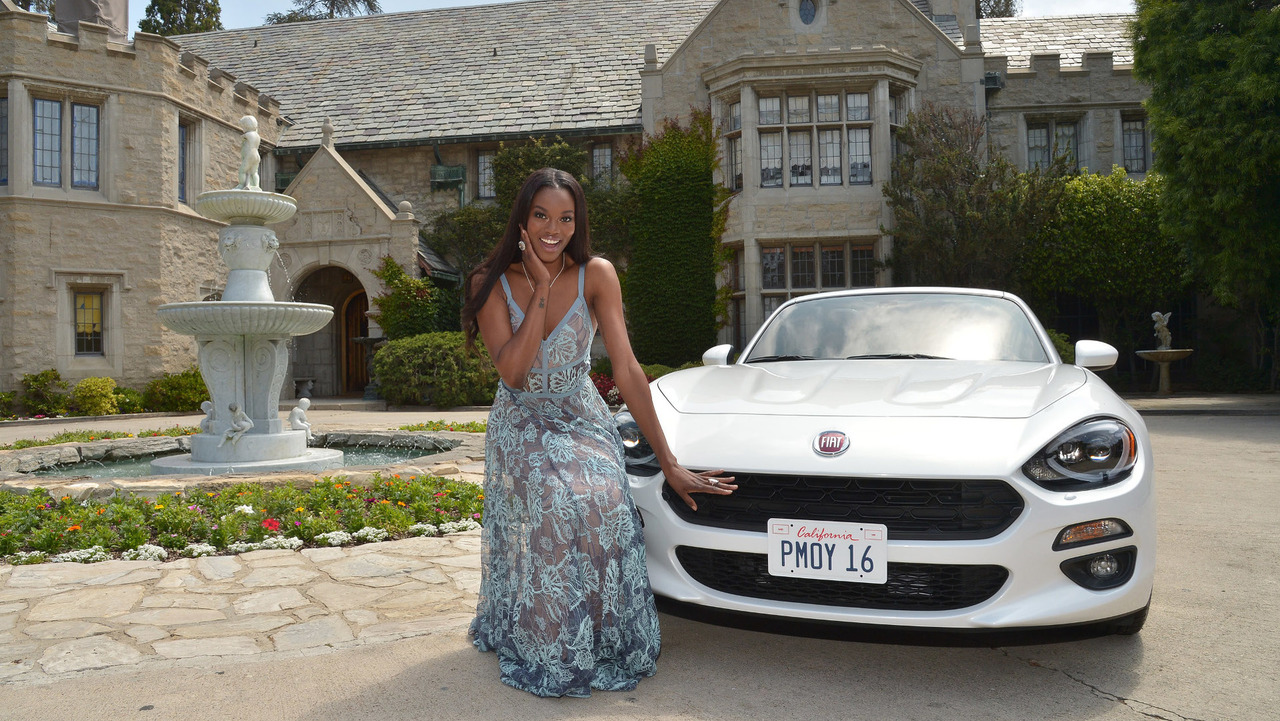 Washington first appeared in Playboy as the December 2015 Playmate of the Month.

Actress and model Eugena Washington has been named the 2016 Playboy Playmate of the Year. The honor earns Washington $100,000 in prize money and a two-year lease on a 2017 Fiat 124 Spider.

Fiat Chrysler Automobiles didn't have much to say about Washington's car but she apparently received a mid-level 124 Spider Lusso which starts at $27,495. The model comes nicely equipped with heated leather seats, piano black trim, and an infotainment system with a seven-inch display.

Power is provided by a turbocharged 1.4-liter MultiAir four-cylinder engine that produces 160 horsepower and 184 pound-feet of torque. A six-speed manual transmission is standard but a six-speed automatic gearbox is available for an additional $1,350.

Washington first appeared in Playboy as the December 2015 Playmate of the Month and will likely become the last Playmate of the Year to have posed nude in the magazine as Playboy decided to drop nude photos starting with the March 2016 issue.

Washington will return to Playboy next month as she will be featured on the cover as well as inside the magazine which has a 10-page pictorial shot by fashion photographer Jason Lee Parry.

Gallery: Fiat 124 Spider for Playboy Playmate of the Year