Fuji Heavy Industries may rebrand itself as Subaru Corp. 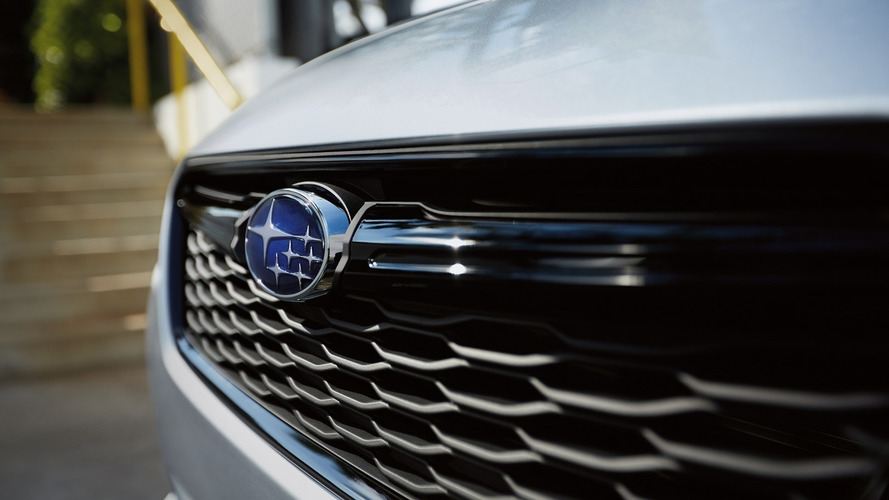 Subaru parent, Fuji Heavy Industries, will try to take advantage of its automotive arm’s recent success and will likely change the conglomerate’s name to Subaru Corporation. FHI also works in aerospace and makes industrial products, but for the general public auto manufacturing is probably the firm’s best-known business. By switching monikers, the corporation can capitalize on the improved brand recognition, and its customers might also associate the other divisions with the rapidly growing car brand.

Before the switch to Subaru Corporation becomes official, shareholders need to approve the change at FHI’s conference on June 28. Assuming that is a success, the swap would happen on April 1, 2017.

The modern FHI started as Aircraft Research Laboratory in 1917, but multiple reorganizations eventually created the current name in 1953. Its Subaru division entered the auto market in 1958 with the tiny 360. Today, the car maker is likely best known for its standard all-wheel-drive system in models throughout the lineup.

In addition to the possibility of a new name, FHI is celebrating another record fiscal year, largely thanks to Subaru. According to Automotive News, net income jumped a massive 67 percent to 436.7 billion yen ($3.88 billion). Revenue also grew 12 percent to 3.23 trillion yen ($28.72 billion) in that time. North America remained by far the largest market for Subaru’s vehicles because of the 957,900 total volume worldwide in the period, 630,000 of them were from the continent.

Don’t expect this prospective change to mean much for Subaru’s day-to-day operations. “It's a simple name change - no affect on us,” Subaru of America spokesperson Michael McHale told Motor1. However, the switch is an indicator that FHI has faith in the continued success of its automotive business.

FUJI HEAVY INDUSTRIES LTD. TO CHANGE COMPANY NAME TO SUBARU CORPORATION - Enhancing the Subaru Brand with the Aim to Become “a Compelling Company with a Strong Market Presence” -

May 12, 2016
– Enhancing the Subaru Brand with the Aim to Become “a Compelling Company with a Strong Market Presence” –

Tokyo, May 12, 2016 – Fuji Heavy Industries Ltd. (FHI; Head Office: Shibuya-ku, Tokyo; President & CEO: Yasuyuki Yoshinaga) today held an extraordinary meeting of its Board of Directors and resolved to change its company name to SUBARU Corporation with effect from April 1, 2017 (tentative date). Implementation of the name change is subject to shareholder approval for amendments to the Company’s Articles of Incorporation at the 85th General Meeting of Shareholders scheduled for June 28, 2016.

The origins of FHI date back to the foundation of the Aircraft Research Laboratory (later to become Nakajima Aircraft Co., Ltd.) in 1917. After going through a number of reorganizations, FHI was established under its current name in 1953. Since then, the Company has expanded its businesses ranging from aerospace and industrial products segments to its primary business of Subaru automobiles which began with the introduction of the Subaru 360 minicar in 1958.

Today, the Subaru automotive business operates in more than 90 countries worldwide and continues to achieve strong growth thanks to the support of its customers around the globe. For the fiscal year ending March 2017, Subaru projects its global vehicle sales to exceed one million units (1,050,000 units on a consolidated basis) for the first time in its history.

In its mid-term management vision “Prominence 2020” announced in May 2014, FHI set a corporate vision for 2020 of being “a high-quality company that is not big in size but has distinctive strength”. To this end, the Company is focusing on two initiatives: enhancing the Subaru brand and building a strong business structure.

FHI is taking the opportunity of the 100th anniversary of the 1917 founding of Nakajima Aircraft to change its long-familiar company name and unify it with its brand name. The purpose of this shift is to further accelerate our efforts to enhance the Subaru brand and achieve even greater growth for Subaru as a distinctive global brand in the automotive and aerospace industries.

Under our new company name, we will continue to seek sustainable growth by offering Subaru’s distinctive value of “Enjoyment and Peace of Mind” to customers worldwide, pursuant to our management philosophy of aiming to be “a compelling company with a strong market presence built upon its customer-first principle”.

Origin of the Subaru Name

Tokyo, May 12, 2016 – Fuji Heavy Industries Ltd. (FHI), the manufacturer of Subaru automobiles, resolved at an extraordinary meeting of its Board of Directors held today to integrate its Industrial Products Company with the Subaru automotive business with effect from October 1, 2016. The purpose of this shift is to enhance the competitiveness of FHI’s core automotive business by utilizing management resources more effectively and flexibly, with an aim to achieve sustainable growth in the future.

As a result of this business integration decision, the industrial products business will be turned from an in-house company to a part of the Subaru automotive business. Manufacture, sales and service of existing industrial products will continue for the time being, but development projects will be ceased so that resources including development personnel can gradually be reassigned to the automotive business.

In the “Prominence 2020” mid-term management vision announced in May 2014, FHI sets “Enhancing the Subaru brand” as one of its primary goals. As FHI recognizes reinforcing development resource in the automotive business as a key initiative for accelerating efforts to achieve this goal, the decision has been made to optimize company-wide allocation of management resources.

FHI will proceed to develop detailed plans for the shift.