SleepBus lets you snooze your way from SF to LA 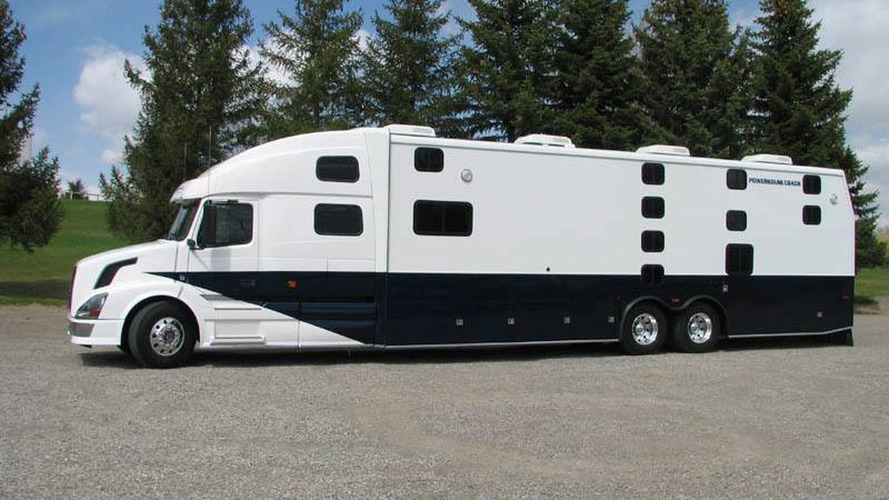 SleepBus is a new startup that drives people between San Francisco and Los Angeles and lets riders sleep along the way.

Driving the roughly 400 miles along the California Coast between San Francisco and Los Angeles can be quite a chore, but a new company called SleepBus now offers the chance to doze your way across the state for just $48 each way. Resting in small pods with nice amenities, people can relax while getting between the major cities.

The service just launched in April 2016, and it apparently found immediate success. Unfortunately, the popularity also means that you can’t currently reserve a ride. According to the company’s website, “We unfortunately can't take any new reservations until we get more buses online and are working with our manufacturer to build 10 brand new buses right now.” It expects to have the extra capacity available by mid-August.

Once reservations are available again, SleepBus seems to offer a very convenient service. The journeys run from the Caltrain station in San Francisco to the Santa Monica Pier near LA. The trips leave at 11:00 PM PT from each location and arrive around 6:00 AM PT, depending on traffic. Riders can sleep on the bus until 9:00 AM PT, though.

Photos show the pods are small, but they have features like an electrical outlet, reading light, and Wi-Fi. There’s also complimentary coffee and tea. An especially convenient element is that riders can bring up to three bags and a bicycle with them, which is significantly more than airline would allow.

According to SFist, the $48 trips are only part of the company’s launch. Prices will reportedly increase to $65 each way later. Even at the higher cost, the SleepBus will be a less stressful alternative than driving for some people, and it’ll still be cheaper than taking a flight.