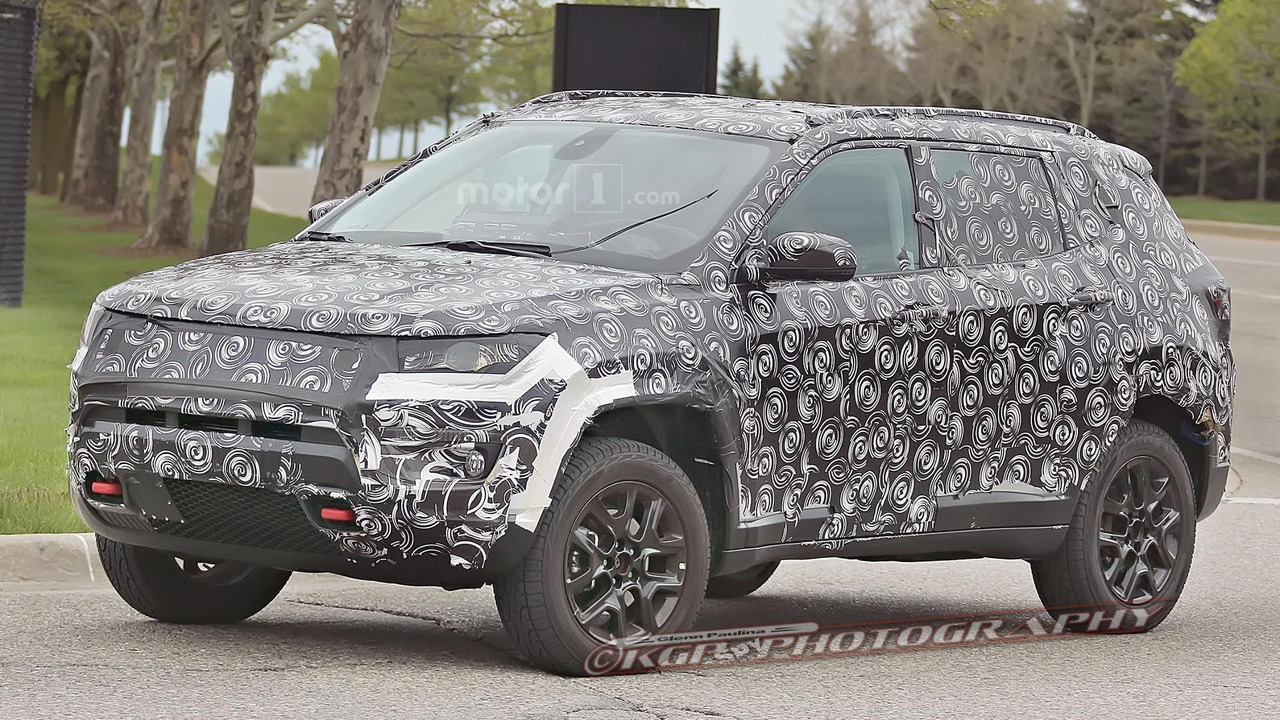 The Jeep Compass and Patriot replacement is inching closer to production as spy photographers have snapped photos of the Trailhawk variant.

Set to slot in between the Renegade and Cherokee, the heavily disguised model appears to be heavily influenced by the Cherokee and Grand Cherokee.  Styling details are hard to make out but we can see the model has a rakish windscreen, an upward sweeping beltline, and a dynamic greenhouse.  The crossover also has circular fog lights, a tailgate-mounted spoiler, and slender taillights.

Since this particular prototype is an off-road focused Trailhawk variant, it features two red tow hooks and a mostly revised front bumper that has been designed to provide a better approach angle.

Little else is known about the crossover but it is expected to ride on an extended version of the Small Wide platform that underpins the Fiat 500X and Jeep Renegade.  Engine options are expected to carryover from the latter model so power could be provided by a 2.4-liter Tigershark four-cylinder engine that produces 180 horsepower and 175 pound-feet of torque.

The Jeep Compass and Patriot replacement will be unveiled later this year in Brazil as the country is home to the first plant that will build the crossover.