2018 Audi Q3 spied for the first time with double camouflage 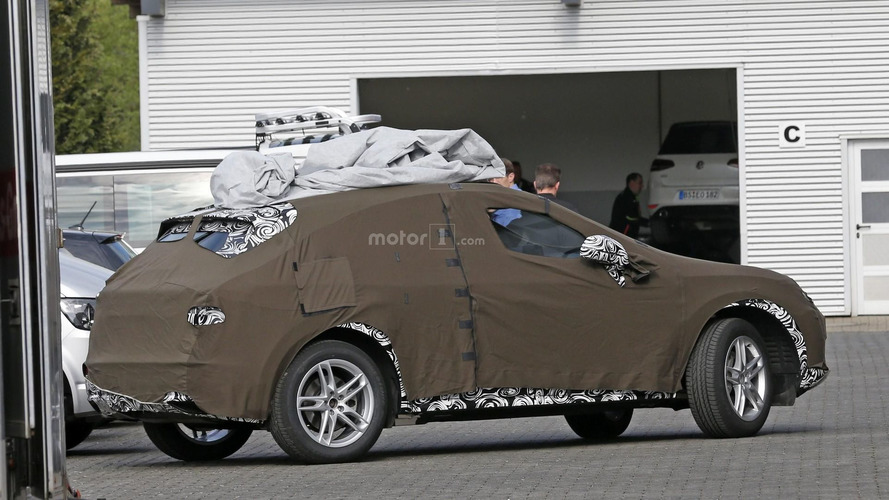 Today we bring you the very first batch of spy images with Audi’s all-new Q3 crossover.

Bigger isn’t necessarily always better, but the folks from Ingolstadt are likely going to make the second-gen Q3 larger. Why? Because Audi now has the Q2 acting as its smallest crossover in the Q lineup, so the next Q3 will probably grow in size to enable a better separation between the two.

The stretch will probably be mostly noticeable in the wheelbase which in return is going to bring more legroom for rear passengers. That's going to be a more than welcomed change since the Q3 is cramped in the back, not just as far as legroom is concerned, but also in terms of headroom.

Because of the double camouflage, it’s hard to tell whether the prototype spotted by our spy photographers is indeed larger than the current Q3. Being an early prototype, it probably doesn’t even have all the production body panels, so it’s too soon to establish any verdicts about how it looks.

Despite the expected growth in size, the all-new Audi Q3 will likely be a tad lighter compared to today’s model which has been around since 2011, with a facelift arriving in 2014. That is because the crossover is going to make the switch to Volkswagen Group’s very versatile MQB platform. Front-wheel drive will be standard, but some of the punchier engines will be paired with Audi's quattro AWD arrangement.

Speaking of engines, there is going to be an assortment of three- and four-cylinder turbocharged units in both gasoline and diesel flavors linked to a six-speed manual transmission and an optional S tronic, dual-clutch ‘box. High-powered Audi RS Q3 models are likely on the agenda as well, along with quite possibly a plug-in hybrid derivative that will team up a gasoline engine with an electric motor.

It’s too soon to say for sure when the second-generation Q3 will be out, but it could debut in mid-September 2017 at the Frankfurt Motor Show, prior to going on sale before the year’s end as a 2018MY.