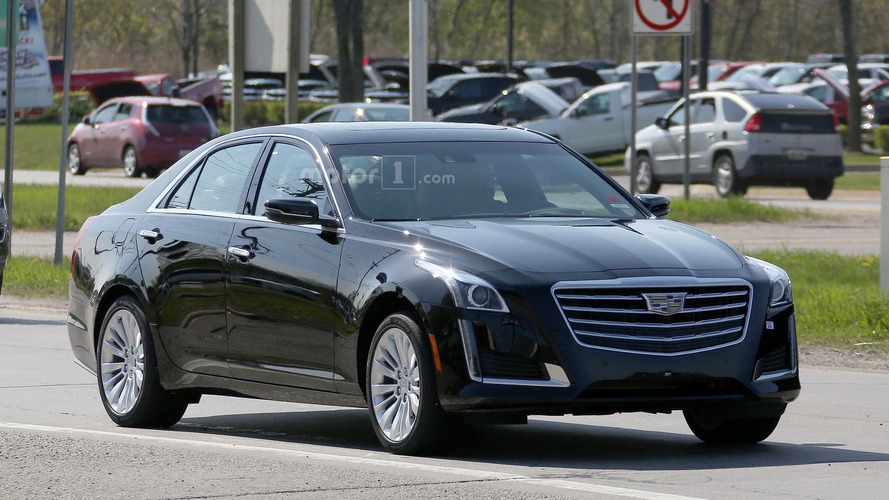 The 2017 Cadillac CTS has been spied undergoing testing near General Motors' Milford Proving Grounds. Caught undisguised, the facelifted model is virtually identical to its predecessor but a closer inspection reveals the car has been equipped with a modestly revised grille that mimics the one found on the XT5 and CT6. Moving further back, we can see a new rear bumper and restyled exhaust tips.

Interior changes will be relatively minor but the car should be equipped with an updated CUE infotainment system.  Drivers can also expect several new options and driver assistance features.

Engine options are largely expected to carry over unchanged, so customers can look forward to selecting between a turbocharged 2.0-liter four-cylinder and two 3.6-liter V6s. The entry-level engine produces 268 horsepower and 295 pound-feet of torque, while the mid-level 3.6-liter V6 churns out 335 hp and 285 lb-ft of torque. Buyers looking for something more powerful can opt for the CTS Vsport which has a biturbo 3.6-liter V6 with 420 hp and 430 lb-ft of torque.

Later on the company could introduce a plug-in hybrid variant and an upgraded CTS-V with a new ten-speed automatic transmission.

The 2017 Cadillac CTS will go into production later this year so expect to see an official unveiling as early as this summer.