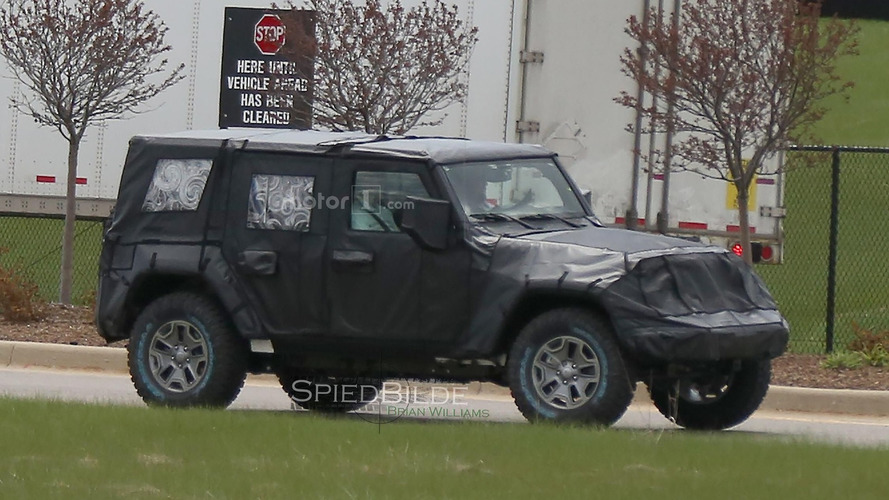 'Hurricane' engine could be paired with an eight-speed automatic in the next-generation Wrangler.

The next-generation Jeep Wrangler is due early next year, and it’s expected to use a wide range of powertrains. In addition to hybrid and diesel power, a new report suggests a turbocharged, direct-injected, 2.0-liter inline-four could find use in the go-anywhere Wrangler, with output as high as 300 horsepower.

The new 2.0-liter engine will use variable valve timing and a twin-scroll turbocharger, Automotive News reports. It will also use an aluminum block. Fiat-Chrysler CEO Sergio Marchionne has already hinted that the new Wrangler will get a four-cylinder engine, mated to an eight-speed automatic transmission. This should provide a significant fuel economy increase compared to the current model’s V6/five-speed automatic combination.

Automotive News says the new engine – codenamed “Hurricane” – is expected to be produced at FCA’s Trenton Engine Complex south of Detroit as part of a $75 million investment. Previously, the Trenton facility had produced the company’s 3.6-liter Pentastar V6 engine.