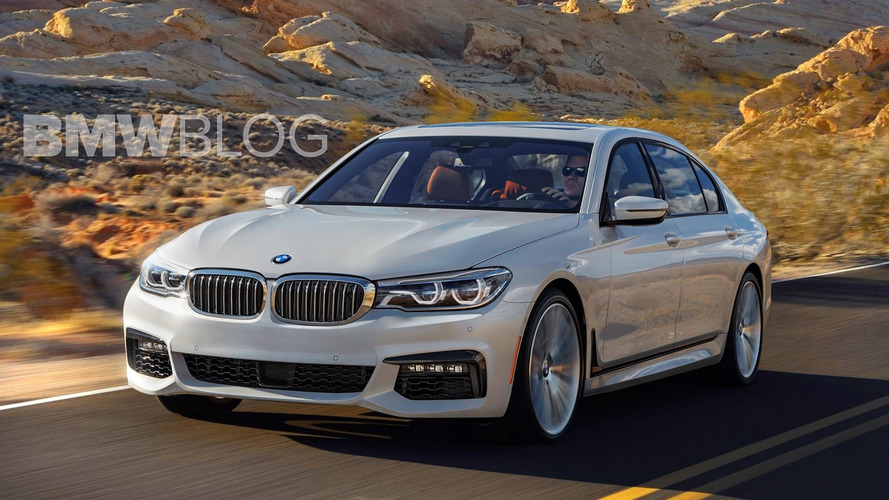 Our friends at BMWBLOG have published a speculative render of the next-generation 5 Series set to go official later this year.

You probably have seen your fair share of spy pics with the all-new 5 Series (G30), so you pretty much know what to expect from BMW’s highly anticipated midsize sedan. Some will say that it looks like a facelifted version of the outgoing model while others will describe it as a downsized 7 Series. Call it what you want, we certainly like what we’re seeing in this speculative render of a 550i version fitted with the optional M Sport Package.

We feel the evolutionary design of the 7 Series will probably suit the new 5 Series better given the sedan’s smaller proportions with shorter overhangs. Even though BMW’s designers are playing it safe, spy photos have shown the new 5 will adopt a sportier appearance compared to the outgoing model which has been criticized by some for looking a tad plain.

The attached render is probably as close to the real deal as possible, but we’ll know that for sure in the coming months when BMW will finally reveal the next-gen 5 Series Sedan. It will be followed a few months later by the more practical Touring and after that by a new Gran Turismo (GT) which judging by spy shots is shaping up to be far better looking than the current, slow-selling car.

A public debut of the sedan is set for early October at the Paris Motor Show, but maybe BMW will be kind enough to share pics online earlier than that. Here's hoping.