Opinion: When Bernie Ecclestone goes, who replaces him? 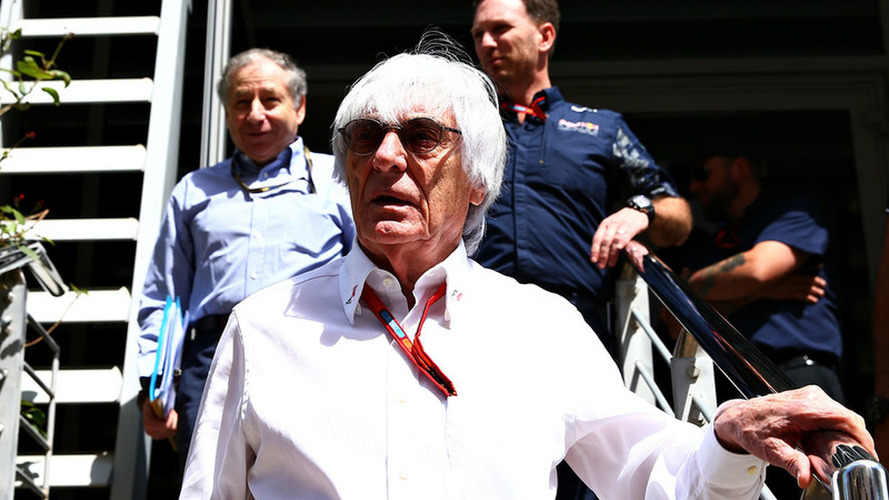 You’ll miss him when he goes. Formula 1’s supremo shows no signs of slowing down yet, despite his haters. Charles Bradley asks what happens in life after Bernie…

He says he “might” stop when he’s 100; Bernie Ecclestone is 85 right now. He commands a position within our sport like no other has done – or probably ever will.

As Chief Executive of the Formula 1 Group he holds the commercial rights to the F1 World Championship – put simply, he holds the keys to the right to stage and promote the events, to sell TV broadcast footage and offer sponsorship and hospitality packages.

This is a multi-billion-dollar business. And he is its core.

And yet, nobody is irreplaceable – we hear whispers in other corridors of power. We’ve heard Ferrari president Sergio Marchionne insist that Ecclestone should be paving the way for the future of F1 without him. In the past week or so we also get wind of FIA president Jean Todt meeting privately with CVC chief Donald MacKenzie…

So, to the big question: even if he does work until he’s 100, or passes away before then (we sincerely hope not), or is the subject of a boardroom coup – who replaces Bernie?

Right now, the answer is no one. In the huge restructuring process that would inevitably follow, it’s far more likely that a group of specialists will take up all the roles that Ecclestone currently oversees himself.

Remember, he has no deputy, no chief operating officer – he makes all the major calls personally. Which is amazing, in this day and age.

Ecclestone is F1’s front of house. His scant regard for political correctness means he’s often outspoken to point of outrageous – a real headline generator, which is manna for the daily papers and websites.

But this can have its downsides, too. His comments the other weekend about cockpit canopies – saying the sport should do “nothing” – totally flies in the face of the FIA’s standpoint on safety. And his pre-season comments about F1 being “the worst it’s ever been” certainly ruffled the feathers of its stakeholders.

Yet he still carries huge gravitas. He has personal relationships with royal families, governments, mayors, sporting authorities – his Rolodex is second to none.

To replace this, F1 would need someone of the ilk of former Ferrari boss Luca di Montezemolo or multiple F1 champion Niki Lauda. Individuals who are no stranger to a boardroom but would focus on becoming a spokesman for the sport’s brand – as well as a ‘welcome face’ for the dignitaries on the grid.

Di Montezemolo has a headstart here, he is a non-executive member of F1’s board. He would be my favourite for this role.

Don’t assume Ecclestone is purely motivated by money – I prefer to think that it’s simply the metric he judges his power and success by. So who steps into his shoes here?

Donald MacKenzie is the co-founder of CVC Capital Partners, which owns F1, and would likely look after this side of the business. You could argue that his firm has made more money out of F1 than even Ecclestone has managed – a reported $4.4 billion, despite only buying into it in 2006. But much of that has been because of Ecclestone.

MacKenzie was quoted recently by The Guardian as saying: “We like owning [F1]; we don’t want to sell it. There are always some people who’d like to buy it, it’s a very good business.”

CVC shelved plans for an IPO on the Singapore Stock Exchange, and since there has been plenty of speculation about CVC selling F1 to new investors. Ecclestone claimed that a deal was close to being done last year, to which MacKenzie told Motorsport.com: “It's unlikely that we'll be here forever, but we're definitely not obliged to sell. Bernie often says things he doesn't mean.”

MacKenzie tends to keep a low profile, but actually has a big personal interest in the sport.

A skilled politician and businessman, with a huge passion for the sport, he has been described as an “indefatigable dealmaker”.

His F1 involvement began in Spanish TV rights, and his close ties with ex-Benetton and Renault boss Flavio Briatore have given him an amazing grounding in terms of forging deals and relationships. He’s very forward thinking, and has been quick to embrace the digital age to promote his series.

Depending on his own ambitions with FE, if he wanted a slice of the F1 action then the door would certainly be open. He might find that difficult to refuse, given his age (45), ambitious nature – imagine what position he might be able to carve for himself once within the organization?

After all, he just pulled off a coup with a street race in the centre of Paris recently… That will not have escaped the attention of Jean, Bernie et al.

This role would be tricky, however. Ecclestone has spent years fostering the respect of the teams – and even managing to keep free-thinking giants likeFerrari in line. There would have to be some canny carrot and stick management, as the teams would all see this an opportunity to get a bigger slice of the pie.

One candidate here is Bruno Michel, formerly Briatore’s accountant and general manager at Ligier. He has steered the GP2 (and subsequently GP3) Series since the start. He’s connected in the F1 paddock, already has deals with most of the tracks.

But perhaps this might come under di Montezemolo’s mandate. After all, he founded and ran F1 teams’ association FOTA before it faltered and knows how the teams work. And the tracks would trust him too, just like they have faith in Ecclestone.

Other names in the frame

Global business experience remains a key to F1’s success, and while Ecclestone ploughs his own furrow there are another two heavy hitters who cannot be ignored from the picture.

Former Diagio chief Paul Walsh had been tipped for a role at F1’s top table, but along with former Sainsbury’s chief exec Justin King appears to have gone back into the shadows.

Of course, Ecclestone has some excellent staff already working for him, including his legal expert Sacha Woodward-Hill – a trusted aide, as is former TWR lawyer Kate Beavan, who studiously patrols for Ecclestone on the commercial side.

Speaking of commercial matters, sports-marketing guru Zak Brown would surely be called upon for any sponsor-related issues – having pulled off many of the sport’s biggest deals in recent times.

There has long been noises that Christian Horner was being groomed as part of the succession plan, given his close ties with Bernie – but that would almost certainly have to be well timed with what he was doing in the Red Bull scheme of things. In terms of other team principals, Toto Wolff might be a player down the line too.

Add them all together, and you appreciate what a unique talent Ecclestone is to replace.

That small chap who speaks in riddles, seems out of touch with the times and even appears baffled by a revolving door in a Munich courthouse (ah yes, whatever did happen to the German GP last year?) is, in fact, the sharpest knife in the block.

And even for those who constantly call for his head, you’ll miss him when he’s gone.

Bernie made this sport the global giant it is today. How it fares after he’s gone very much depends on the people who replace him – but they do exist.

Gallery: Opinion: When Bernie Ecclestone goes, who replaces him?