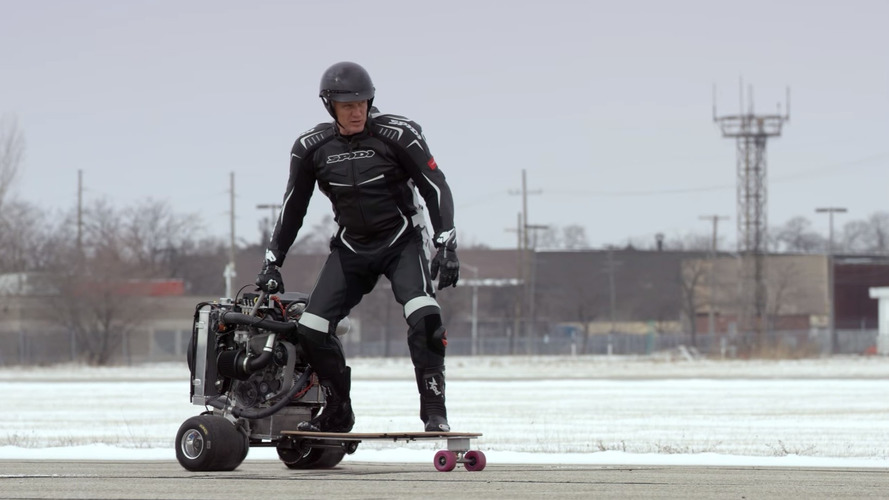 Ford has joined forces with Dolph Lundgren to show off the capabilities of the small, yet punchy 1.0-liter EcoBoost engine.

At six feet five inches, the actor / martial artist / chemical engineer is anything but tiny, so we find it interesting that Ford picked him to demonstrate the power provided by the turbocharged three-banger gasoline unit. In the video attached below, Dolph Lundgren straps the EcoBoost engine to a skateboard and hops on it to demonstrate it can reach speeds higher than the 60 mph achieved by the previous testing dummy.

In the third and last video, the Swedish actor creates a very powerful “Blender of Brutality” equipped with the 1.0-liter unit. As the clip shows, the custom blender is strong enough to devour another blender, along with some silverware, and large quantities of fruit.

Ford’s EcoBoost engine is prove that good things come in small packages, as the three-cylinder can develop up to 140 horsepower (103 kilowatts) and 155 pound-feet (210 newton meters) in the Fiesta Red and Black edition. It can also be had in lesser states of tune, with 125 hp and 100 hp which are not too shabby either. There’s also a race-spec application of the engine, delivering a massive 205 hp in the track-only Formula Ford.