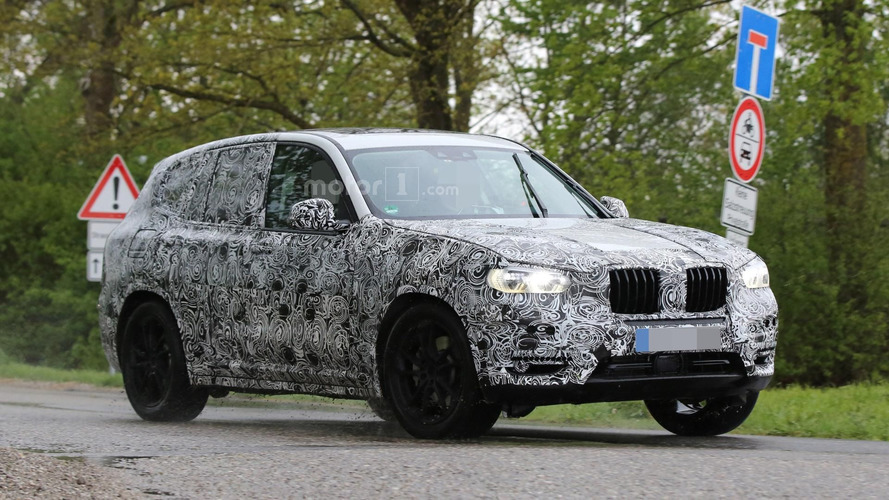 The crossover features a more upscale design that is heavily influenced by the X1.

BMW is putting the finishing touches on the 2017 X3 as spy photographers have snapped new pictures of a near-production prototype.

Dressed in familiar black and white camouflage, the redesigned crossover has a more upscale exterior which is heavily influenced by the X1.  Details are hard to see but designers created a new front fascia with a larger grille and more prominent headlights.  Moving further back, we can see more curvaceous bodywork, a dual exhaust system, and wraparound taillights.

The interior photos don't reveal much but we can see the crossover will have an evolutionary cabin with a three-spoke steering wheel and a new freestanding iDrive display.  The model is also slated to feature a digital instrument cluster and revised switchgear.

A variety of different engines will be available including a 2.0-liter four-cylinder and a 3.0-liter inline-six.  Buyers looking for something more powerful can opt for the X3 M40i which should have a 3.0-liter TwinPower Turbo six-cylinder engine that develops at least 360 horsepower and 343 pound-feet of torque.  If that's not enough, BMW is working on an all-new X3 M which could have up to 500 hp.

The 2017 BMW X3 is expected to be introduced early next year so look for a possible debut at either the North American International Auto Show or the Geneva Motor Show.