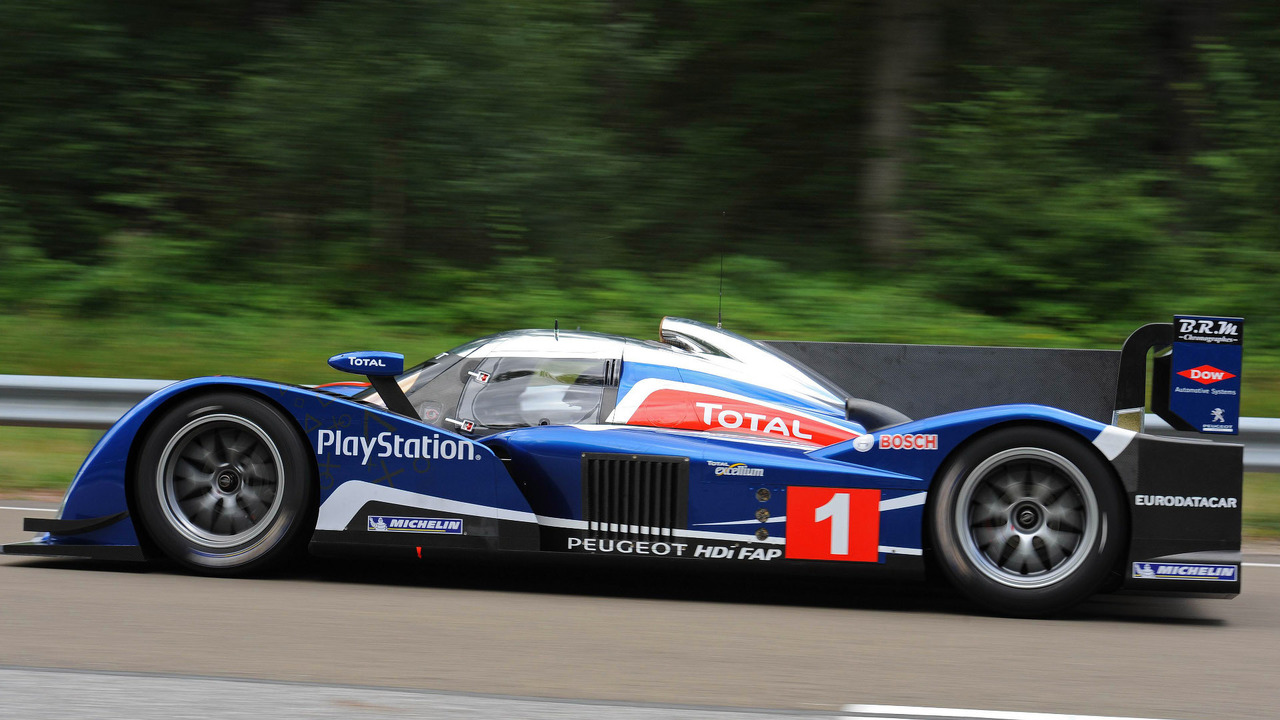 Car is one of two models built for the 2008 season.

First and foremost, bidders can fight over a 908 Le Mans Prototype which was one of two models built for the 2008 season.  Wearing chassis #05, the race car features a 5.5-liter biturbo V12 engine that produces more than 700 horsepower.  It is connected to a six-speed sequential transmission with steering wheel mounted paddle shifters.

The car is only one of nine models built before Peugeot Sport dropped the Le Mans program in 2010.  As a result, the car is expected to sell for between $1.3 and $1.8 million.

Since the buyer can't pop by the nearest Peugeot dealership to have the model serviced, Peugeot Sport will offer two years of technical and support services to the winning bidder.  Unfortunately, this isn't included in the auction price but at least the company will only charge "normal rates."

Buyers looking for something more retro will want to check out 205 T16 Group B rally car that was built for the 1985 World Rally Championship.  The car was driven by legendary Ari Vatanen and won the 1985 Monte Carlo rally.

Power is provided by a turbocharged 1.7-liter (1775cc) four-cylinder engine which features electronic fuel injection.  The model also has a four-wheel drive to cope with the rugged terrain that rallying is known for.

For the second time ever, a Le Mans winning Peugeot 908 will be offered for purchase via Sotheby’s auction with estimates placing the vehicles worth at $1.8-2.4 million dollars (AUD).

The Peugeot 908 was developed to showcase Peugeot’s clean diesel technology and debuted at the 2006 Paris Motor show, with its racing first win on debut at Monza in 2007.

Chassis #05 is powered by a 5,500cc, DOHC V-12 engine with twin turbochargers the Peugeot 908 developed in excess of 700 brake horsepower.

Drive is transferred to the road via a six-speed sequential manual paddle-shift transmission.

In total, only nine racing chassis were built between 2007 and the cessation of Peugeot Sports 908 Le Mans program in 2010.

Chassis #05 offers serious race car collectors and historic racing participants alike the opportunity to acquire one of the Le Mans-prototype class’s most successful and unique entrantsa marvel of both ferocious competitiveness and brilliant green engineering.

As with any vehicle of its type, technical and support services will be offered by Peugeot Sport to the successful bidder for a period of two years. This service will be provided at Peugeot Sport’s normal rates for technical support.

The Peugeot 205 T16, Group B rally vehicle is legendary in motor racing circles and this vehicle is arguably one of the most desirable.

Identified by is C11 serial number, the Group B 205 T16 was built for the 1985 World Rally Championship and driven by the infamous and talented Ari Vatanen.

Competing in the opening round of the 1985 World Rally Championship in Monte Carlo, the 205 T16 swept to victory on debut winning 21 of the 33 stages  cementing its position as the dominate force in rallying for the year.

For further information regarding the May 16 auction, visit