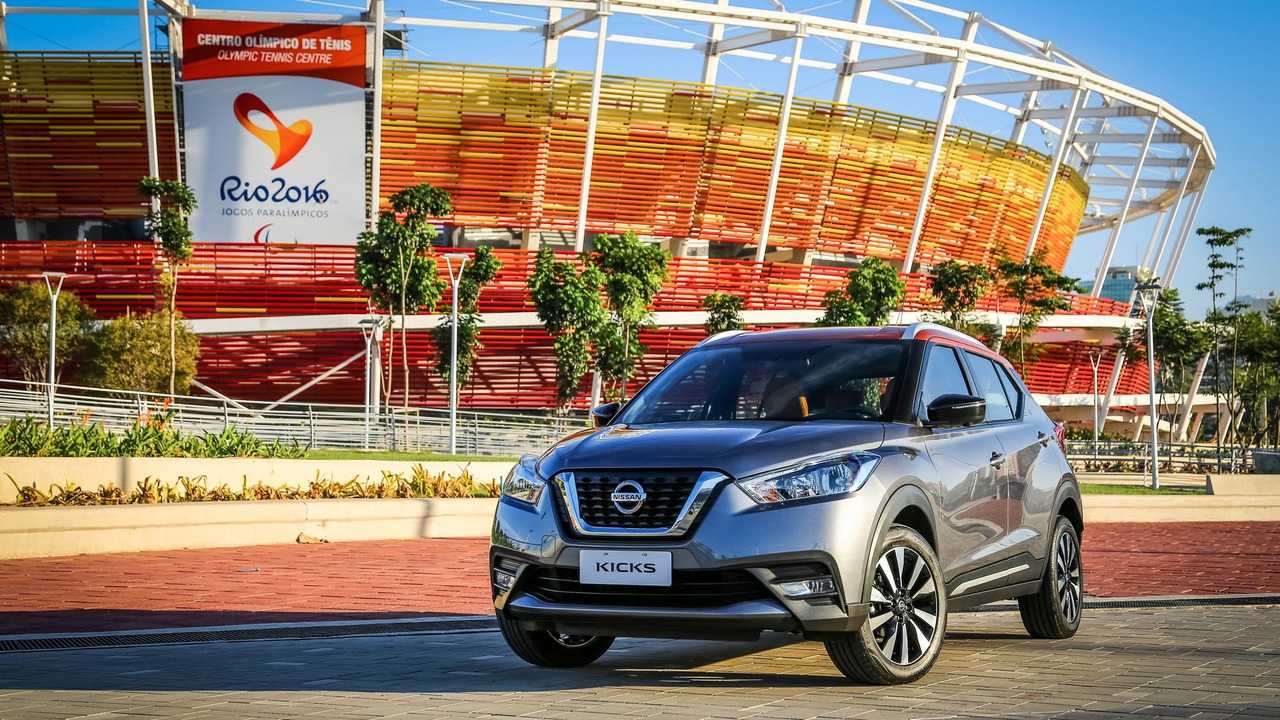 Nissan has published a comprehensive photo gallery and a couple of videos with its new Kicks global crossover.

Filling a gap we never knew existed between the Juke and Qashqai, Nissan’s new Kicks is the official car of this year’s Olympics and will be sold in 80+ countries, with U.S. being seriously considered. Brazil will get it first this August and then other Latin America countries will have it on sale by the end of the year. Two Nissan factories will be in charge of putting together the compact crossover, one in Mexico at Aguascalientes and another in Rio de Janeiro in Brazil.

While the funky Juke adopts a rather polarizing design, the Kicks plays it safe in terms of exterior styling and this will likely lure in more buyers who didn’t buy the Juke due to its striking appearance. If you are wondering about the size difference between the two, the Kicks is 6.7 inches (170 mm) longer, 0.1 inches (4 mm) narrower, and 0.7 inches (20 mm) taller.

The cabin should prove to be more comfortable for rear passengers given the longer wheelbase measuring 102.7 inches / 2610 mm (up by 3.1 inches / 80 mm). As a matter of fact, Nissan mentions the Kicks will offer segment-leading interior space and one of the biggest trunks among rivals.

Speaking of the interior, it has a more conventional dashboard compared to the Juke and comes with a sporty, flat-bottomed steering wheel. There’s a seven-inch touchscreen for the infotainment system boasting smartphone connectivity and working together with Nissan’s Around View Monitor and Moving Object Detection systems.

Nissan isn’t saying a word about what powers the Kicks, but promises to share all the technical details closer to the model’s market launch.