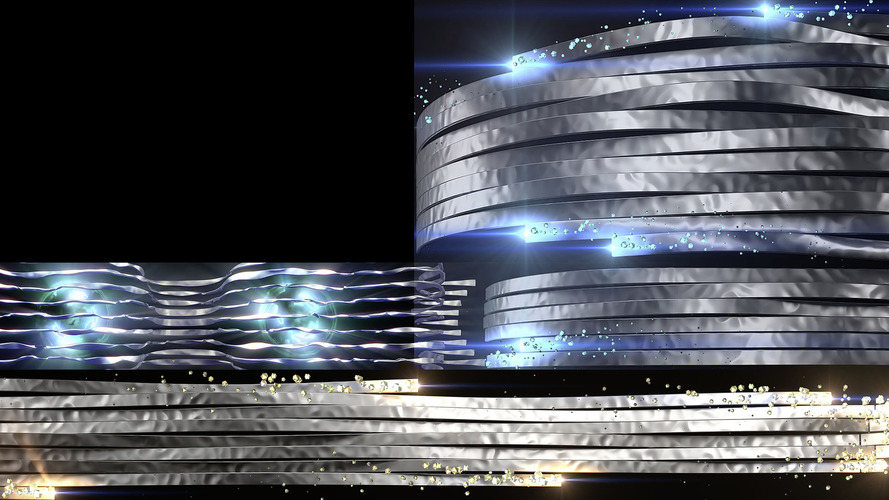 Audi has announced plans to stage the world premiere of the all-new 2017 A5 Coupe on June 2.

Before that happens, Audi will organize a 3D video mapping light show at the Audi Forum Ingolstadt in advance of the coupe’s official debut. Starting Wednesday, May 25, for six consecutive evenings there will be a light show entitled “Audi Late Light Show” prepared by Hungarian group of artists “Maxin10sity.”

Audi is inviting everyone to join the party as the entry will be free of charge at the 2,300-square-meter Audi Forum building which will literally light up the area. That’s because the building is going to be packed with no less than 55 video projectors each featuring a light intensity of 40,000 ANSI lumen. Every evening, there’s going to be a ten-minute show that according to the organizers will act as a “thank-you to the Audi employees and the people of Ingolstadt” where the A5 comes to life.

As far as the car is concerned, we’ve seen it recently testing in prototype guise numerous times, and we even came up with our own speculative render. The styling won’t be that much different compared to the outgoing model, as the designers will play it safe and take the evolutionary route, just like they did with the new A4.

Despite the déjà vu appearance, it’s going to be a brand new car underneath the familiar skin thanks to the MLB Evo platform which could slash as much as 220 pounds (100 kilograms). The engines and gearboxes are going to be sourced from the 2016 A4 Sedan and Avant, all the way up to the 3.0-liter V6 TFSI engine. That’s going to power the S5 Coupe and will have 354 horsepower (260 kilowatts) and 369 pound-feet (500 newton meters) of torque, but most likely it won’t be available right away.

Later during the car’s life cycle, an RS5 Coupe will complete the lineup with a rumored 480 hp (353 kW) coming from the same engine as the one in the S5, but believed to get two electrically-driven turbochargers.

Expect a series of teasers for the new Audi A5 Coupe to arrive in the weeks to come, ahead of the model’s full debut set for a month from today.

Audi is to present an impressive 3D video mapping light show at the Audi Forum Ingolstadt in advance of the world premiere of the new Audi A5 Coupe. On six consecutive evenings starting on Wednesday, May 25, visitors will be able to enjoy a spectacular light show by the renowned Hungarian group of artists “Maxin10sity.” Everyone is invited to the show – art fans, Audi employees and their families, as well as people from the region and beyond – when the 2,300-square-meter surface of the building on the Audi Piazza is transformed into a unique work of art during the “Audi Late Light Show.” Entry will be free of charge.

The “Audi Late Light Show” created specifically for the front of the Audi Forum building will feature dynamic sequences of images, energetic music elements and flowing colors. With the help of 55 video projectors each with a light intensity of 40,000 ANSI lumen, the group of artists Maxin10sity will illuminate the exterior of the Audi Forum building and transform the Piazza into a space for a special experience; each light show will last for ten minutes. “This art experience is a thank-you to the Audi employees and the people of Ingolstadt. In Ingolstadt, we have developed the new Audi A5 Coupe, we produce it here, and we will present it here as a new design icon to the world press for the first time on June 2,” stated Toni Melfi, Head of Communications at AUDI AG.

The former Director General of the Bavarian State Painting Collections, Prof. Dr. Klaus Schrenk, a renowned art historian and artistic advisorof AUDI AG, added: “The prizewinning team of Maxin10sity applies the most advanced technology: computer-generated images and sounds create a new visual reality; technology and art merge into one. In this way, the artistic side of the ‘Audi Late Light Show’ provides a spectacular reflection of the technology company Audi.”

The opening show on Wednesday, May 25 will be accompanied by the “Summer Sounds” after-work event.A Munich DJ will play electronic music, creating a relaxing evening atmosphere. On the following days, film clips will provide insights into the upcoming international short-film festival “20min|max.” On the evening of May 29, the Audi Owners Club will present numerous classic and collectible cars on the Piazza. Food Trucks in the Audi Forum will ensure gastronomic variety every day from May 25 through May 30.

Another highlight taking place in parallel to the “Audi Late Light Show” is the special exhibition in the Audi museum mobile: “Dynamic Sculptures – The Tradition of Sportiness and Elegance at Audi”. In the context of the Audi A5 world premiere, it will present twelve historic coupes. The exhibition will open on Tuesday, May 3 and will extend to the Audi Piazza with two glass cubes containing changing exhibits.