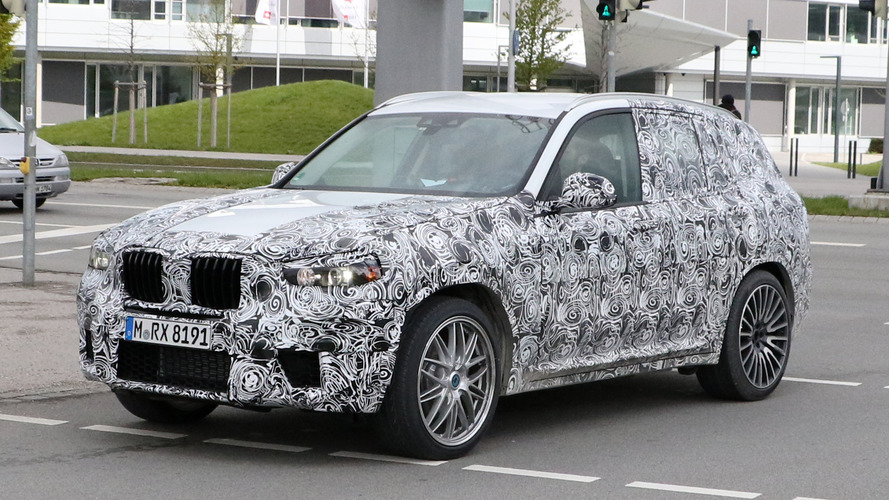 Getting ready to rival the Porsche Macan Turbo and Mercedes-AMG GLC 63.

Work on the first ever BMW X3 M continues as a prototype of model has been caught on camera by our skillful spy photographers.

Still wearing heavy camouflage, the vehicle is out testing on public roads in Germany and close to the BMW M test center outside of Munich. The Bavarian company is giving its best to hide the design of the car, but still we see the front bumper has large air intakes with mesh grille inserts, while big alloys are hiding a high-performance braking system. The camouflage is also not able to hide the four-tailpipe exhaust system, the rear spoiler, and the new side skirts.

And here comes the natural question – what will power the X3 M? Well, we still don’t have information about that, but we could assume this will likely be a 3.0-liter TwinPower Turbo six-cylinder engine, tuned to deliver more power than the 360 horsepower (265 kilowatts) and 343 pound-feet of torque (465 newton meters) of the X4 M40i. Mated to an eight-speed automatic gearbox, it will ensure the sporty SUV is able to reach the 62 miles per hour (100 kilometers per hour) mark in less than 4.7 seconds.

The X3 M will be rivaling the Porsche Macan Turbo and Mercedes-AMG GLC 63 and will also spawn a X4 M coupe-SUV later during its life cycle.