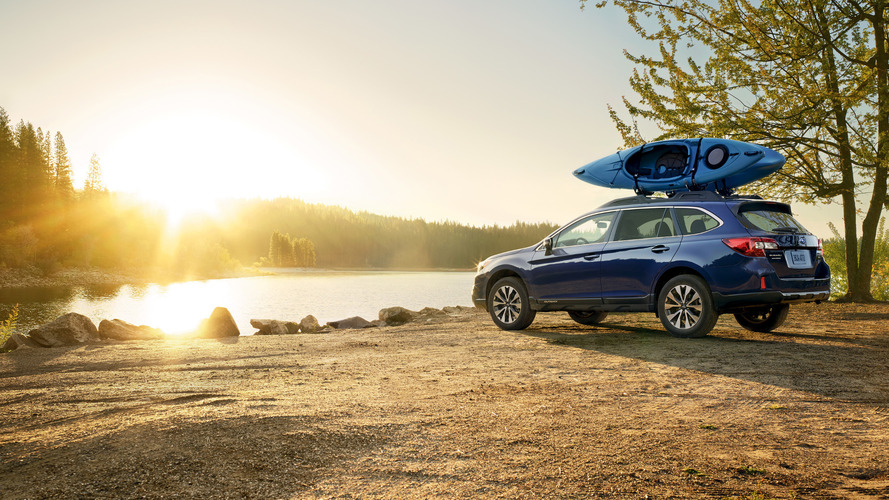 While that's just 1 percent of total fuel consumption, it's no small number.

It shouldn't surprise anyone that roof racks are a drag, in the literal sense. Adding components that disrupt the flow of air past your vehicle is going to hurt your fuel economy a little bit, right? And compared to the convenience of being able to throw your bikes or other outdoor gear up there to save room for people and cargo inside the vehicle, it's a small price to pay. A new study, though, shows that roof racks are responsible for nearly one percent (0.8 percent, to be precise) of fuel consumption by light duty vehicles in the US.

That's 100 million gallons of gasoline last year alone dedicated to pushing roof racks through the air. Depending on the configuration, roof racks can hurt a vehicle's fuel economy by as much as 25 percent.

And it's about to get worse, according to Yuche Chen of the National Renewable Energy Laboratory and Alan Meier of Berkeley Lab, the authors of the study published in Energy Policy. The use of roof racks is expected to climb 200 percent by 2040. Roof racks, both loaded and unloaded, are expected to use six times the amount energy fuel cell vehicles are expected to save, and 40 percent of fuel savings from EVs.

So, what should we do about it? The authors say, "These results suggest that some fuel-saving policies should focus on reducing the number of vehicles driving with empty racks." While manufacturers are able to create more aerodynamic racks, requiring energy labeling on roof racks could effect more change. Ideally, racks could be designed for easier removal when not in use. While the researchers call implementing government policy to minimize the usage of empty roof racks "admittedly extreme," they say it could, in combination with better design, save 1.2 billion gallons of gasoline between now and 2040.

According to the EPA's calculations, that's almost 11.8 million tons of CO2 emissions, or the amount 86,717 of today's cars would emit in the US over those 26 years. Is that worth the price of government meddling to you? Read more in the press release below.

As you get ready to hit the road this summer, with the kids loaded inside and the bikes strapped to the roof of your car, you may want to stop and consider that the roof rack on your car may be costing you as much as 25 percent more in gas.

In the first study of its kind, Lawrence Berkeley National Laboratory (Berkeley Lab) researcher Alan Meier, working with Yuche Chen of the National Renewable Energy Laboratory, have estimated the fuel consumption penalty of this popular and fast-growing vehicle add-on. They found that in 2015, roof racks nationwide were responsible for 0.8 percent of light-duty vehicle fuel consumption, or 100 million gallons of gasoline.

Their study was published recently in the journal Energy Policy in a paper titled "Fuel consumption impacts of auto roof racks." In addition to projecting the fuel consumption penalty into 2040, at which time usage of roof racks is estimated to increase by about 200 percent in the United States, they also calculated how effective various policy and technology measures would be at mitigating the penalty.

Use of roof racks requires vehicles to expend more energy due to aerodynamic drag. While there have been studies of their impact on individual vehicles—depending on the configuration, the fuel consumption penalty can be 0 to 25 percent on passenger cars—this is the first study to estimate impacts at the national level. Moreover, use of roof racks is projected to increase given national travel trends.

Meier and Chen used a bottom-up approach to collect data, including using online forums and crowdsourcing as data collection sources. For example, roof rack usage rate estimates were based on nationwide highway video surveys conducted by the authors and workers recruited through Amazon Mechanical Turk.

"It was a way of doing a national survey on the cheap," Meier said. "We considered using some other sources, like toll booths, but we found the quality wasn't good enough to figure out what was on the roofs."

The researchers then conducted a sensitivity analysis to understand how the national fuel consumption penalty would change with varying inputs, for example, whether vehicles are driven on the highway or not and whether racks are loaded or not. They found that unloaded cross roof racks (with crosspieces, as pictured) driven on the highway was the scenario that made the biggest difference; this is because the total miles traveled with unloaded racks is four to eight times higher than that for loaded racks.

"These results suggest that some fuel-saving policies should focus on reducing the number of vehicles driving with empty racks," the researchers write.

So next they analyzed the impact of possible policy, technology, and behavior changes. For example, manufacturers have found that it is possible to make roof racks with greatly improved aerodynamics. A policy to require energy labeling of roof racks could spur greater changes, the researchers note.

Even greater energy savings would come from removing roof racks when not in use. Meier notes that they could be designed so as to be easier to remove. The researchers estimated that a government policy to minimize unloaded roof racks (admittedly extreme) in combination with more energy-efficient designs would result in cumulative savings of the equivalent of 1.2 billion gallons of gasoline over the next 26 years.

Chen conducted research as a graduate student at UC Davis and Meier conducted some of this research while at the UC Davis Energy Efficiency Center.