McLaren is selling one of the last F1s ever made, and it's stunning 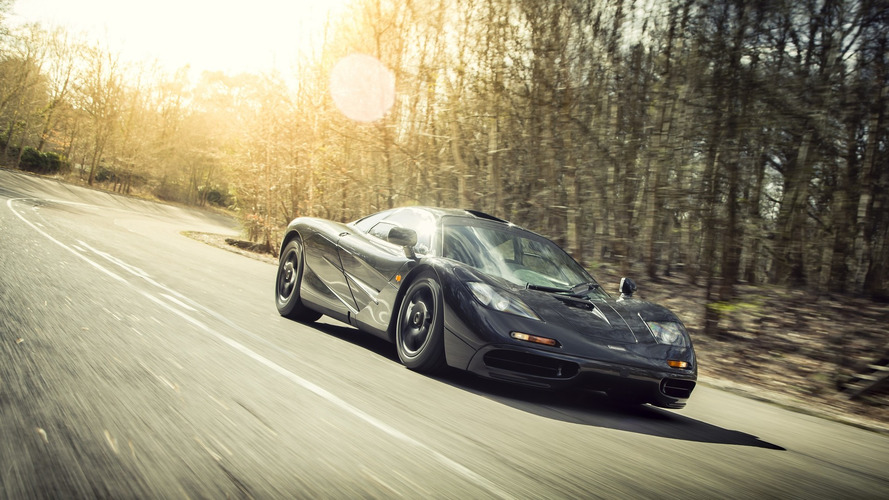 We’ve been talking a great deal lately about a road conversion for the McLaren P1 GTR, but here is something which at least for us is way more desirable.

It’s one of the last F1s ever made and it has been driven for less than 2,800 miles (4,506 kilometers). McLaren made only 64 units of the road-going F1 between the years 1993-1998 and during the supercar’s final year in production, six cars were hand-built in Woking. This Carbon Black example is one of them.

Wearing the chassis number #069, the mesmerizing F1 is registered in U.K. and has received the very best tender loving care from none other than McLaren Special Operations which is actually the seller through its Heritage division. The stealthy supercar rides on 17-inch center-locking magnesium wheels finished in black to match the gorgeous body.

As far as the special three-seat interior is concerned, the driver’s seat is wrapped in black leather with red stitching and it’s flanked by the two passenger seats finished in black Alcantara.

Being pampered by MSO, it’s no wonder the car is labeled as being in “concours” and “factory” condition and even comes bundled with bespoke luggage as well as the Facom titanium lightweight tool kit and Facom tool box. In the addition, the buyer will also get all the books and literature that came with the car, along with a limited-run McLaren F1 owner’s watch and a correct-numbered LM Edition of the “Driving Ambition” McLaren F1 book.

There’s no word about the price tag, but to get an idea about what to expect, we remind you a 1998 F1 upgraded to LM specification was sold by RM Sotheby’s at Pebble Beach last year for a cool $13.75 million.

The McLaren F1 is regarded by many as the car which rewrote the supercar rule book. With only 64 roadcar examples built between 1993 and 1998, the original McLaren F1 is one of the rarest and highly-regarded models among collectors, enthusiasts and petrolheads. McLaren Special Operations (MSO) continues to maintain and manage McLaren F1s globally, and is offering one of last ever and finest examples of this highly-regarded model for sale. McLaren F1 chassis #069 is in factory condition, having covered less than 2,800 miles since new.

During 1998, only six examples of the original McLaren F1 were completed, and chassis #069 was the 60th model overall to be hand-built in Woking, England. It is presented in Carbon Black complimented by subtle detailing throughout, including a stealth finish to the 17-inch centre-locking magnesium wheels. The central driving seat is finished in black and contrasting red leather, with the dual passenger seats upholstered in Alcantara®.

THE McLAREN F1 – A TRUE ICON

Designed by Gordon Murray and Peter Stevens, the McLaren F1 was developed and designed with a no compromise approach, world-beating Formula 1 expertise and technology, and the most driver-focused driving experience at its core. A true pioneering tour de force, the McLaren F1 was the first road car to feature a full carbon fibre chassis, and with a central driving position, engine bay lined with gold and famed McLaren obsession for technical excellence, is considered a true modern-day automotive icon. Powered by a bespoke naturally-aspirated mid-mounted 6.1-litre V12 engine producing 636PS (627bhp), it broke the record for fastest production roadcar with a top speed of 390.7km/h (242.8 mph) and, more than 20 years on, still holds the title of fastest naturally-aspirated production road car ever built.

McLaren Special Operations grew out of the McLaren Customer Care programme, which dates back more than 20 years to the days of the McLaren F1 road car. The team looked after servicing and maintaining McLaren F1s for owners the world over. It also undertook personalisation when cars changed hands: new owners often wanted to put their own marks on their vehicles. Today, MSO continues to service, maintain and offer brokerage services for all examples of the McLaren F1.