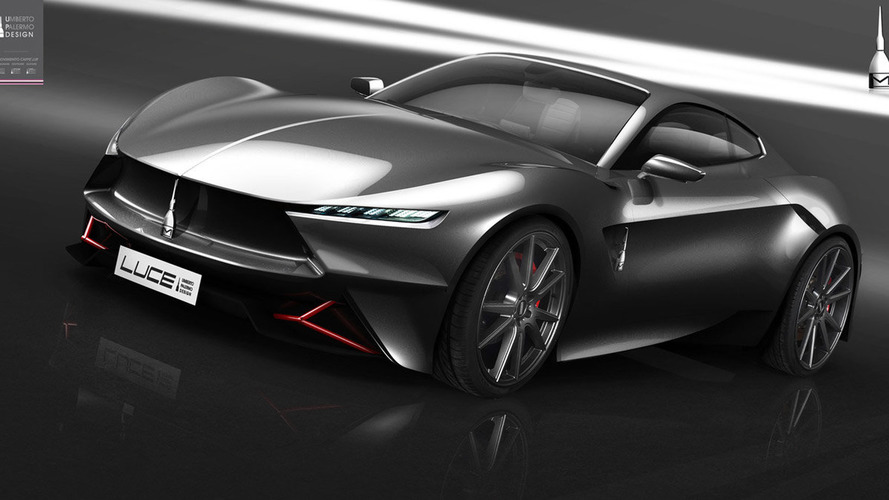 Umberto Palermo Design will present in June at the Turin Motor Show a concept for an electric sports car along with a restyled Tesla Model S.

First up, the Luce is a rather sexy GT featuring a sharp body which we would definitely want to see morph into a production car. Only a concept at this point, the vehicle tips the scales at just 2,645 pounds (1,200 kilograms) thanks to a lightweight body made from recyclable materials wrapping an aluminum monocoque.

The all-wheel-drive Luce sits on 20-inch wheels and is motivated by an unspecified electric powertrain pushing out 288 horsepower (215 kilowatts) and 273 pound-feet (370 newton meters) of torque. Details about the battery pack have not been released, but we do know it has enough juice to ensure a range of up to 211 miles (340 kilometers) before recharging.

As far as the other car is concerned, the Valentino is basically a reskinned Tesla Model S with a substantially more aggressive body made from carbon fiber. However, there’s a discrepancy as far as the car’s curb weight is concerned since the attached sheet says it weighs 4,629 pounds (2,100 kilograms), just like a regular Model S. Replacing the standard aluminum body panels with new ones made from carbon fiber must obviously cut some serious chunk of weight.

The customized Model S has a 421-hp electric punch delivered to those massive 22-inch wheels shod in 265/30/R22 tires. Interestingly, it has been fitted with an unknown battery pack that will last for as much as 312 miles (502 kilometers). That’s even more than the revised Model S90D which does an EPA-certified 303.2 miles (488 km) on the highway.

Both the Luce and Valentino will be on display at the 2016 Turin Motor Show (June 8-12) where Italdesign will bring the Parcour concept wearing a fan-submitted livery.