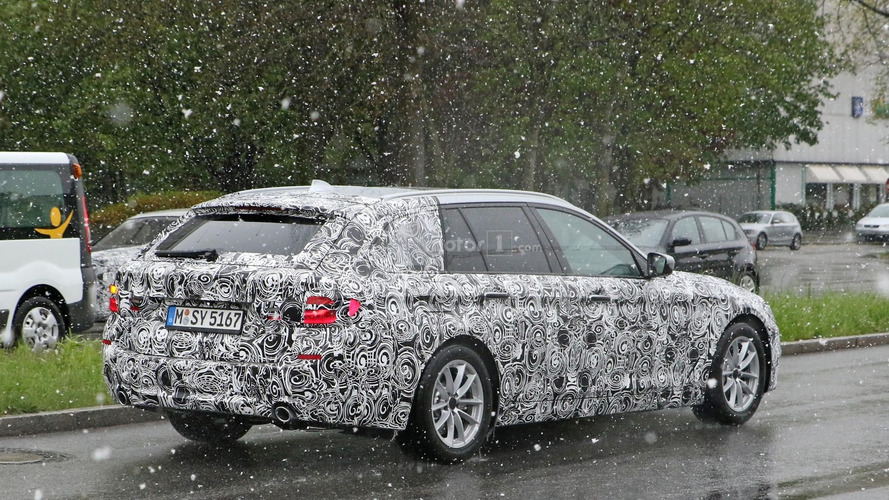 Our spy photographers have caught on camera a camouflaged prototype of the 2017 BMW 5 Series Touring.

The seventh-generation 5 Series will debut in sedan guise at the beginning of October during the Paris Motor Show, meaning the Touring will likely arrive early 2017. BMW was spotted testing a prototype of the premium wagon which although had a significant amount of disguise, it did show most of the LED headlight and taillight design that appears to be sharper compared to the outgoing model.

The new posh midsize hauler from Bavaria seems to be bigger and is expected to get a longer wheelbase which will boost rear legroom. People shopping for a wagon put a great emphasis on the trunk’s capacity and this will likely grow beyond the current model’s 19.7 cubic feet (560 liters). Consequently, the luggage volume with the rear seats folded is going to increase compared to the outgoing model’s 59 cu. ft. (1,670 liters).

Although the attached spy images do not show the interior, we expect the dashboard to be derived from the 7 Series, so it will get BMW’s fancy iDrive setup with gesture control.

If you are afraid the car’s larger size will bring weight gains, you can rest assured that won’t be the case. That's because the new 5 Series will ride on the CLAR platform (as the 7 Series) which is estimated to shave off as much as 220 pounds (100 kilograms). As for power, the new 5 Series will employ four-, six-, and eight-cylinder turbocharged engines, along with at least one hybrid version that will likely be dubbed “540e.”

Those in need of more cargo room compared to the sedan, but who are not too fond of the Touring, should know that BMW has plans to come out with another 5 Series Gran Turismo. We published some spy photos of the GT back in February and there are reasons to believe it won’t look as bulky as the current car. That being said, we'd rather get the Touring.