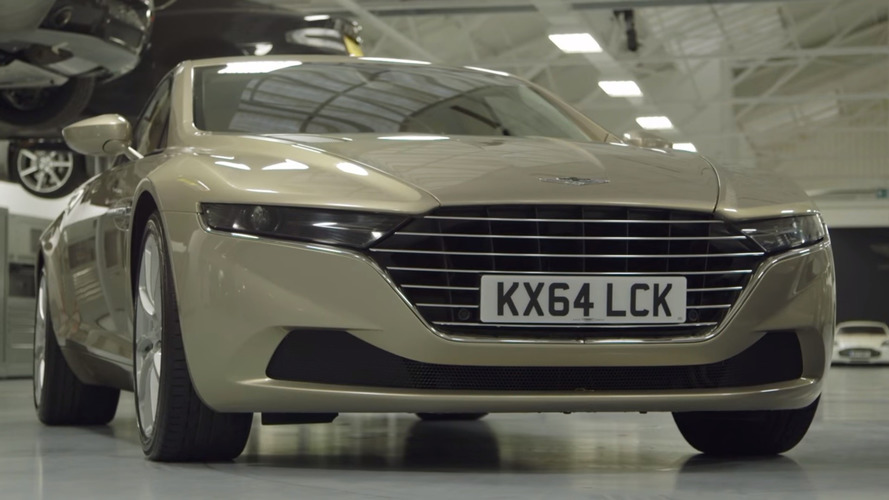 Our colleagues from Motor Trend had the special opportunity to drive Aston Martin’s million-dollar Lagonda Taraf in U.K.

The ultra-exclusive Lagonda Taraf may very well be a rebodied and stretched Aston Martin Rapide dipped in carbon fiber, but even so it’s quite special both inside and out. It harkens back to the previous Lagonda which was built in 645 examples during the 1974 - 1989 period. The prohibitive starting price of around $1 million in United States means you won’t see it that often on the roads, especially since only 200 units will be made to boost its exclusivity even further.

Motor Trend decided to check out the V12-powered, four-door sedan which comes to life at the same facility where Aston Martin put together the rather mesmerizing One-77. At 212.5-inches (5.4-meters) long, the Lagonda Taraf is a huge car with a very generous wheelbase spanning at 125.6 inches (3.19 meters).

The naturally-aspirated 5.9-liter engine delivers its 540 horsepower and 465 pound-feet of torque to the rear wheels with help from an eight-speed automatic transmission. That should be enough muscle to enable more than decent performances, but what really matters the most is the high level of comfort the car can deliver.

There have been many reports indicating the Lagonda badge will also be used on a very posh SUV, but nothing is official at this point. Chances are it won’t happen in the near future as the Wales-built SUV based on the DBX concept won’t come out until the end of the decade.