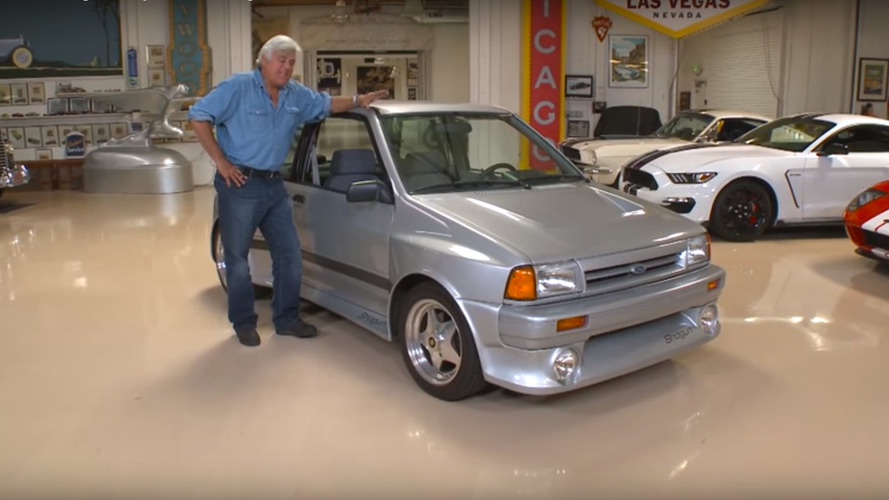 Based on a run-of-the-mill Ford Festiva, the Shogun underwent a comprehensive transformation at the hands of Chuck Beck and Nick Titus.  As part of the process, the model was equipped with an aggressive body kit that includes a ventilated hood, revised side skirts, fiberglass fender flares, and a rear diffuser.

Bigger changes occur in the back of the car as the rear seat has been removed to make room for a 3.0-liter Yamaha V6 engine sourced the Taurus SHO.  The engine produces 220 horsepower and 200 pound-feet of torque and is connected to a five-speed manual transmission which sends power to the rear wheels.

The horsepower rating doesn't sound too impressive by today's standards but it is important to note the Shogun only weighs 2,190 pounds.  This enables the model to accelerate from 0-60 miles per hour in five seconds before hitting a top speed of 145 mph.  That's not too shabby but Leno went one step further and installed a nitrous kit which adds about 90 hp.

Beck and Titus had high hopes for the car as they were expecting to produce 250 Shoguns.  However, demand never materialized for the $42,000 car and only seven were sold including the one purchased by Leno.