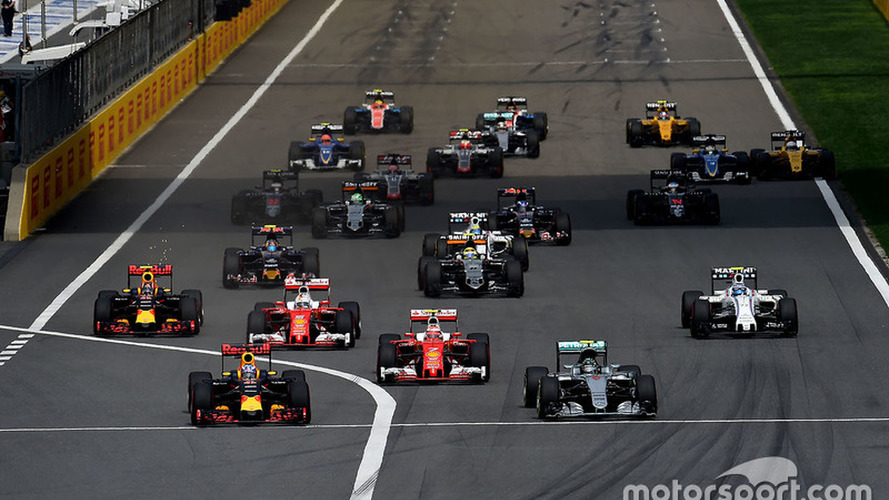 Formula 1 teams may be far from unified about planned rule changes coming for 2017, but one way or the other the sport will finalise its revamp at a meeting later on Tuesday.

Bernie Ecclestone, FIA president Jean Todt and F1 team chiefs will get together at Biggin Hill in London later today to sign off a raft of changes for next year aimed at reinvigorating the sport and making it more competitive.

But while the main focus has been on an aerodynamic and tyre overhaul for next year – aimed at making cars up to five seconds per lap quicker – they are not the only significant items due to be discussed by the Strategy Group and F1 Commission.

Motorsport.com has learned that there are a whole host of items that have been tabled for discussion which will all have a significant impact on the future of F1.

The key issues being talked about are:

With an end of April deadline for majority support to be enough to make changes for 2017, Tuesday's meetings will effectively be the last chance saloon for all these to get sorted.

While few would argue against the need to lift F1's attraction levels, opinions are very divided about how great is the need to change the cars so dramatically.

At one end of the spectrum is Mercedes, which believes that the exciting start to this season and the increase in car speeds means there is no need to revise anything for next year.

Mercedes motorsport boss Toto Wolff said: "After three grand prix weekends so far in 2016, we have seen that performance between the teams is converging to create great racing.

"Whether we have the reactivity as a group to recognise that and consider retaining a regulatory framework that is working well remains to be seen."

But not all teams agree with Mercedes' position. And despite fears that the new cars will mean less overtaking and less drama, Red Bull is wholeheartedly in favour of the shake-up.

"I don't think it will make any difference to overtaking, to be honest," Red Bull boss Christian Horner told Motorsport.com. "The DRS will still be strong. There will be more drag on the cars, so, arguably it could be stronger.

What is most significant about the car rules situation is that the meeting is taking place against the backdrop of the bodywork changes having already been set.

It is not that majority support is needed to push rules through, it is that it will now take a big groundswell of support to get the regulations changed, something that does not appear to be in place.

For Red Bull in particular, what happens with the engines – and especially with bringing the performance of the various power units closer together – is more important right now than the aerodynamics.

Horner added: "What is vital is that we will hopefully get convergence of the power unit – so you've got two, three or four teams that are in the mix."

F1 may well know better what direction it is heading in by the end of play today, but do not expect everyone to signing off the same hymn sheet.